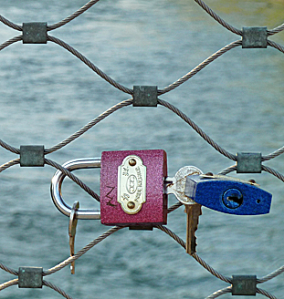 “Lulz” is what it sounds like when you try to pronounce LOL (laugh out loud) in the plural, and “Sec” more obviously abbreviates “security.”

The methods of LulzSec may be new, but the rhetoric isn’t, referencing anarchism, some art movements and cyberpunk. The combination of anarchy and humour also puts the motivation for such illegal activity within the realms of the “trickster archetype.”

The word “archetype” suggests a first instance, which defines the ones that follow, or that exemplifies the type. The concept of the archetype was developed by psychologist Karl Jung. For Jung the archetype was an appeal to universals, “a common psychic substrate of a suprapersonal nature which is present in every one of us.”

Archetypes are the content of the “collective unconscious,” that substrate of hidden memories, primordial conditions and repressed anxieties, not privately owned, but born by all of humankind, and revealed in its stories. Jung’s named archetypes typically include “concrete personalities,” such as the mother, the wise man and the trickster. For Jung, their presence recurs throughout narrative, legend, folk tales, and dreams, with extension, elaboration and variation. Archetypal status may be attached to non-fictional, historical characters, exaggerating their traits in order to render them larger than life, universal and exemplary. By the Jungian reading there is no truly new archetype.

Elsewhere I propose that there are only really 3 archetypes: that which unites (the Jungian mother archetype), that which individuates (the authoritarian father type), and that which causes confusion between the two (the trickster). Are LulzSec committed to a new world order, dividing and fragmenting, causing confusion between the two, or rendering such distinctions obsolete? Utopia or chaos, giving or thieving, exposing security issues (“white hats”) or exploiting them (“black hats”), refining the law or breaking it, serious or a joke, a long term entity or just a flash in the pan: courts may ultimately decide.

It is helpful to think of Jung’s categories in terms of functions or roles, suggesting that the perpetrators of these behaviours can be distributed, shared, exhibited by groups, and that the different functions are displayed by different individuals at different times. Who has not at one time or another acted as a carer (nurturing and uniting), then a critic who divides and analyses, and then a trickster who plays devil’s advocate and mischief-maker?

The trickster-hacker is often portrayed as the maverick, the lone wolf, the wandering coyote, but recent encounters with hacker culture indicate the importance in all human endeavours, at whatever side of the law, as networked, subject to its own rules of solidarity, and dependent on a host of actors: “There are peons and lulz lizards; trolls and victims.” It seems we are all tricksters, or at least actors in their play.

In short, trickster is a boundary-crosser. Every group has its edge, its sense of in and out, and trickster is always there, at the gates of the city and the gates of life, making sure there is commerce. He also attends the internal boundaries by which groups articulate their social life. We constantly distinguish—right and wrong, sacred and profane, clean and dirty, male and female, young and old, living and dead—and in every case trickster will cross the line and confuse the distinction. Trickster is the creative idiot, therefore, the wise fool, the gray-haired baby, the cross-dresser, the speaker of sacred profanities. … Trickster is the mythic embodiment of ambiguity and ambivalence, doubleness and duplicity, contradiction and paradox (p.7).

“Grey-haired baby” is a reference to the trickster god Hermes,  who was scarcely one day old when he stole his brother’s cattle by trickery. By most accounts LulzSec belongs to the “grey hats”  hacker category.

I say more about the trickster function and commerce in