In the publishing and the academic arena large audiences (big classes, lots of readers, many citations) equate to recognition, esteem, success, and high “impact” in some measure.

Audiences feature in overall dissemination strategies. In the age of the Internet they provide a pool of potential investors in media enterprises. Consider the case of the singer-composer who makes her music available for free on YouTube, develops a fan base that she then solicits for support to bankroll a concert, for which she pre-sells tickets, and where she sells merchandise and CDs. This is social media crowd-funding via online self-help services such as Kickstarter.com. 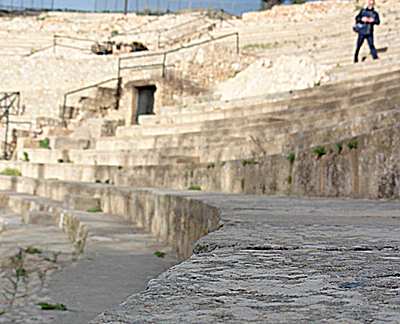 Audiences can be mobilised to grow themselves. They can also be enlisted to provide feedback, ideas and enhance product quality. Audiences also enhance, develop and spread the ethos of a brand.

Audiences form into communities, and communities within communities. Thinking of online forums for games and apps, audiences also trouble shoot and solve problems. Audience members help one another.

Audiences can contribute ideas, designs and media content, thereby contributing to overall product development. In online media such as YouTube, audiences (as consumers) and producers elide. We are in an age of what in 1980 Alvin Toffler called prosumerism.

Social media contribute to audience engagement, facilitating the creation of communities for social and commercial ends. There are many rich examples of innovation in the area, much led by the music business.

It is no longer helpful to think of audiences as passive spectators, if it ever was.

The word “audience” pertains to listening (audio). The word “theatre” is more about viewing (derived from theōria in ancient Greek). In Greek a theoros was a theatre-goer, a spectator, but scholars indicate that the theoros is also the one who leaves town to participate in rituals and festivals in another place and verify the claims made of them — not just by viewing festivals but by participation (Goldhill, 2000).

Each citizen becomes not merely a spectator but a participant in a ritual, festival occasion. (p.168)

The theoros is this kind of engaged witness (ushahidi), a sacred ambassador, and hence a participant in political life.

We can surmise therefore that participating and reporting back are crucial functions of theatre audiences. This participation does not necessarily mean getting up on the stage, but engaging with, talking about, sharing, judging and interpreting is a vital part of the theatrical event.

There’s an even more profound aspect to this reporting process. Theoria is “the idea of exploring the world through travel and informed looking” (p.168), and this is the term Plato uses to describe what we now mean by theorizing, ie accessing or establishing principles.

In his famous allegory of the cave Plato described how we are all living our lives like prisoners, bound up in the dim light of a cavern. Occasionally an adventurous soul emerges to the surface to experience the bright light of the external (real) world, and reports back to the cave dwellers. Typically this is the role of the philosopher, ie the theorist. He bears witness to the light. For Plato the bright external world is the true reality, the realm of ideas, of perfection, and ideal forms. The cave is the diminished copy-cat, imperfect and somewhat deceptive world of everyday sensory experience.

The grounding of theory-making in some kind of contingent, everyday participatory practice is great news for the philosophical Pragmatist (who basically argues against the idea that practice is subservient to and depends on something called “theory”).

The theoros, the theorist,  functions to report on a festival experience from his own first-hand engagement. This proposition suggests that theory is grounded in participation rather than the usual notion that theory is an abstraction, establishing the first principles needed before we get practical. What we commonly designate as theory is already a contingent practice.

So Plato recruits the audience function in his grand narrative of life — the function of philosophers, prophets and seers to bear witness to the truth.

What does this revised definition of theory (as engaged reportage) have to say about audiences in the age of the Internet? It’s nice to think of audiences as theorists. Audiences are the most theoros-like when they participate fully in the performance (if not on stage then as an engaged audience member), and then interacting with other audiences through retelling, reportage, and witness.

If we need audiences, whether they be big or small, may they be made up of theorisers (theoroi), ie engaged.

Have you tried crowd funding?