Devices, programs, and apps enable us to do things we couldn’t do otherwise. This is undoubtedly their main value. But they also reveal something about ourselves (i.e. the human species) and the world we live in.

Smartphones obviously enable communication over distance and while on the move. They also reveal that we are mobile creatures, laying emphasis on movement in ways many of us never thought of before the technology went mainstream.

Such technologies show us what we human beings think is important: we are still nomads after all; the rise of social media indicates that sociability trumps utility; we’ll use whatever means are at our disposal (e.g. social media) to identify with the right group, or assert our unique individuality … along with everyone else.

It’s not easy to pin down such revelations. What digital devices reveal about the world depends on who is making the assessment, the context and the time, and will vary over time. 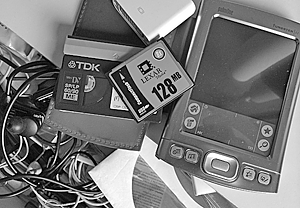 In a report (and published articles) on computers in practice in the 1990s, colleagues Sid Newton, Sally McLaughlin, Fay Sudweeks and I sought to take account of what some architects were saying then about their businesses.

We observed (and theorised) that “new technologies reveal aspects of our practices: CAD reveals architectural practices as custodians of databases on buildings; computerised desktop publishing reveals architectural practice as a kind of publishing business; and multimedia reveals the firm as a dealer in advertising, presentation and even fantasy. So technologies do not merely meet needs, but are implicated in the defining and redefining of practice.” (p.5)

Whereas the architects we interviewed may have thought their business was building design, CAD technologies and emerging networked multimedia communications disclosed other aspects of the firms’ skills, aspirations and strategies they hadn’t really thought about before. The technology enabled some firms to sieze these hidden aspects of their practices. For some this meant they could diversify and survive during a period of recession.

Digital devices also inhibit certain tasks, or make them impossible. For example, it’s really difficult to type on a small screen with a tiny keyboard. So some people start to appreciate pencil-based note taking, or depend more on their own voice — taking notes by dictating into voice recognition software.

No doubt people lose skills they no longer need. Some  become oblivious to aspects of the world people used to hold in high regard: the properties of blotting paper, stoking a coal-fired boiler, operating a pressure cooker, maintaining a paper-based ledger, or the pleasures of complete solitude.

But some people learn to value craft production, the handmade, face-to-face encounters, the pleasures of nature, and living at a slower pace even more.

I think that technologies reorder our skill sets and repertoires of experiences rather than simply diminish them. More precisely, digital devices are complicit in this reconfiguration. (We can’t readily say that they are the cause of it.)

In this reconfiguring, new technologies have the capacity to disrupt what we do.

They interfere with our usual practices. If such technologies involve mass production then they may fail in the marketplace. In which case the small number of people who try the new technology find it disabling, and deny it a place in the market.

But there may be some small niche of consumers for whom the product makes sense. Markets are not necessarily good at knowing what they want. Markets, like audiences develop and grow with the evolution of a product.

Most of the architectural firms we interviewed were small. In an influential article on disruptive technologies and risk-taking, Clayton Christensen and Joseph Bower identified the advantages enjoyed by small firms: “Small, hungry organizations are good at placing economical bets, rolling with the punches, and agilely changing product and market strategies in response to feedback from initial forays into the market” (p.51).

They were writing about firms producing hardware for mass markets: companies that design and manufacture mobile phones and disk drives. Now we might include apps developers and independent games producers. But any lessons about innovation also apply to service providers and creators of bespoke products like buildings.

Christensen and Bower argue that large firms who do all the right things, including listening to their regular customers, may in fact be missing out on the opportunities provided by innovation: “If knowledgeable technologists believe the new technology might progress faster than the market’s demand for performance improvement, then that technology, which does not meet customers’ needs today, may very well address them tomorrow.” (p.50)

As well as affecting businesses, I think that new technologies have the potential to disrupt social and cultural practices. That’s why some of us are fascinated by new gadgets. Like a stunning new artwork, they challenge and disturb what we do and think.