Challenges of the sharing economy

Architectural Research Quarterly just published an article by Tolu Onabolu and me called “Blockchain for architects: Challenges from the sharing economy.” Our tagline is:

“Cryptocurrencies, blockchain technology, and other aspects of the sharing economy offer benefits and challenges for architecture. They also furnish metaphors about urban living.”

The article derives from speculations in this blog over the past year. See posts tagged blockchain.

The article contributes to a special 21st birthday issue of the journal. The special issue reviews architectural research over the past 21 years, and speculates about the future. Our contribution is here:

The democratic idealism behind the sharing economy sounds impressive. I was reminded this week of how tech innovations often get wrapped up in egalitarian narratives. There’s a nice New York Times podcast and article about Mark Zuckerberg’s interrogation by the US Congress — in light of the dubious acquisition of personal Facebook data by Cambridge Analytica.

Facebook has branded itself as a platform motivated by the social ideal of bringing people together. One of the House members (Congressman Billy Long) suggested that Facebook had its origins in 2003 as FaceMash, a College prank site that displayed students’ image files without their permission, so that others could rank them on the basis of appearance.

Guilt at the grass roots

The questioning suggested that Facebook at its core is about exploiting private personal data, which is of course now monetised for targeted advertising and even sold to others to exert political influence or any other purpose as yet undisclosed.

I take it for granted that we need always to mistrust claims about the (innocent) grass-roots origins of tech developments. Whether the invention of social media or the sharing economy, very little that starts in the dorm, bedroom, garage or between small groups of consenting adults is entirely innocent. 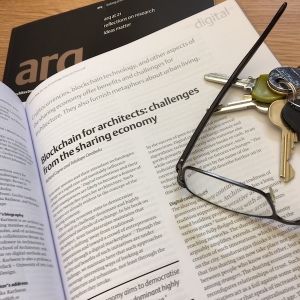 4 thoughts on “Challenges of the sharing economy”