“If you want to know who someone really is ignore their avatar and check out their web browser history” he said with a smirk. (See the video).

There is even more to online life. Malign actors infiltrate and manipulate digital communities, friendship groups, followers and fans of key opinion leaders (KOLs). Then there’s covert advertising, product placement, rampant self-promotion, trolling, and bullying to further undermine our trust in online realities, and subvert our ambitions to always “be best”.

Against this background it’s hard to think there’s much to learn from studying public conversations between human beings, e.g. on Twitter — other than just how unreliable the medium is, and how fickle its practitioners. 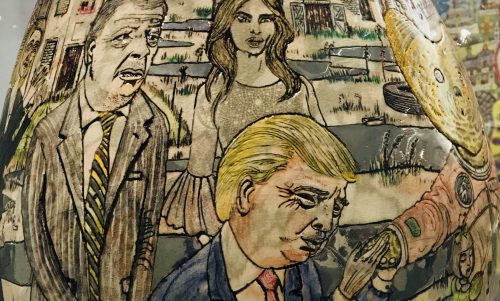 Not everyone agrees, including netnographers. According to marketing theorist Robert Kozinets,

“Netnography is the name given to a specific set of related data collection, analysis, ethical and representational research practices, where a significant amount of the data collected and participant-observational research conducted originates in and manifests through the data shared freely on the Internet, including mobile applications” (79).

He argues that this kind of research provides a “human window into the rich communicative and symbolic world of people and groups as they use the Internet, the Web, and social media, leaving its traces and transmissions for us to discover and decode” (80).

I agree. It’s a basic tenet of ethnographic study that all human presentations are mediated by social norms, conventions, a sense of the context in which we happen to find ourselves. Rather than the authentic self, who we really are, think of performance (i.e. acting) or role play in different settings.

We present ourselves differently when at home, with friends and family, alone, talking to the boss, on the bus, in front of a crowd, scuttling to the office. Knowing instinctively how to manage and adjust our performance according to context is a basic life skill.

It is legitimate to study what people do and say across the spectrum of everyday life, with its pressures, distortions, influences and corruptions, and under varying degrees of overt and covert surveillance and publicness. Online presentation is a part of everyday life and worthy of study.

One difference is that we are all newbies in the digital age. Few of us (if any) have yet mastered the subtle arts of online self-presentation, either as observers, analysts and critics, or as practitioners (i.e. as savvy social media users).

As we witness the death throes of the public life of Donald Trump (surely!) it’s fascinating to observe and recall the mix-up between the public and the private.

Statements excused in private or casual conversation shock as public statements. Followers commend the “authenticity” of someone who, unlike other public figures, speaks (or tweets) his mind. Critics decry the lack of decorum. Part of the infantilization of Trump rests on the observation that he doesn’t know how to exhibit behaviours appropriate to the circumstance.

Breaking norms is a function of art, like displaying a urinal in an art gallery. But it’s risky, and gets boring when repeated endlessly.