I heard about onecoin through the BBC Podcast called The Missing Cryptoqueen by journalist Jamie Bartlett and producer Georgia Catt who investigated the scheme and the damage it has wrought to individual lives.

As I listened to the first episode of the podcast I thought I was hearing a mockumentary, or a mystery story in the form of a documentary, and perhaps an elaborate allegory of political, i.e. Trumpian, scam culture — about how easily people get duped into cults and adopt stupid chants at rallies.

But onecoin is real — or at least it’s a real fake, that exists. Onecoin and its company OneLife Network Ltd effectively runs a pyramid selling scheme — a Ponzi scheme. You pay to join into the network and get some payback as you recruit others. They in turn get a cut as they recruit.

The more people you recruit and the more those people manage to recruit others, the more money you acquire. Money percolates upwards through the pyramid. The organisers and early members inevitably get most of the money.

The market is finite, and later adopters run out of people they can coerce into buying into the scheme. (I think that’s one of the key dimensions of the onecoin scam, derived from reading several articles, but I’m happy to be corrected.)

I remember in my pre-digital school days when pyramid schemes circulated by word of mouth. They seemed to involve posting money in an envelope back to someone who recruited you to join the scheme. You then had to recruit others who would send you money. Parents and teachers of course warned against participating. So I never fully understood what it entailed, or got rich.

More charitably, this approach is sometimes called “network marketing,” relying on a dedicated group of individuals and their social contacts. In the case of onecoin you pay to join in fiat currency (i.e. £ or $), and your income from the scheme accrues in onecoin, a supposed cryptocurrency. Members can see the value of onecoin rise relative to fiat currency on the onecoin website — or so it seems.

There’s nowhere to exchange onecoin for real money, you can’t deposit or exchange it at a bank, merchants in on the scam only sell products if you pay in a combination of onecoin and fiat currency, and the supposed value of the currency is only what the organisers say it is worth, and they keep inflating it to make members feel as though they are getting richer — and keep hoping that one day their virtual riches will convert to actual money.

The tragedy for many is that once they realise this won’t happen, the anxiety, blame and guilt filters through their social network, straining relationships among friends and loved ones recruited to the scheme.

A telling video available on YouTube shows the onecoin founder, Ruja Ignatova, inspiring fans by demonstrating how much better onecoin is than bitcoin, the promise it holds of future riches for its members, the strength of the community of members to determine how the currency operates, the speed and convenience of transactions (unlike bitcoin), the benefits of its delivery of learning materials, etc, etc.

As a demonstration of how robust and community-centred the organisation is, she explains how OneLife Network has just doubled the value of each person’s onecoin account on the ledger. (Two times nothing equals nothing!) The crowd cheers.

The OneLife Network also sells education packages, for real money, that teach you about cryptocurrencies. It’s a learning community after all.

Here’s the punchline: the BBC says that the founder made more than $4bn for herself. She’s not been seen since 2017.

The scam continues to recruit, and there are others. There’s dagcoin, a name that amuses any Australian. I also discovered trumpcoin online. I won’t link to their websites lest that add (slightly) to their connectedness and their claims to legitimacy.

Investigators say there is in fact no blockchain to support or verify transactions in onecoin. If onecoin is anything at all useful it is merely a centralised database of transactions.

Next time I’ll review blockchains and legitimate cryptocurrencies, and how they contribute to a social climate in which scams flourish. 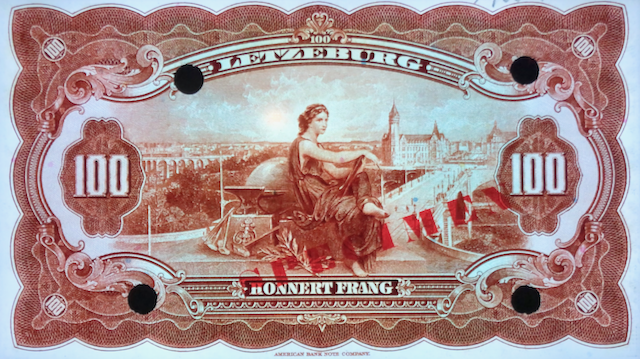