How do you get financial support for a project in these difficult times? Hsiao Ying Huang is helping Eglė Petrauskaitė raise funds to support her development of a digital animation. They are doing this through crowd funding, via an Indiegogo campaign (site active June/July 2012). Hsiao Ying is the “broker” or coach, Eglė is the talented designer (perhaps reticent entrepreneur), the medium is a crowdfunding website, and the core potential “investors” are people in their online social networks and beyond.

This is investment with intangible returns, grounded in the gift society, rather than a return from profits. It’s also an experiment. Hsiao Ying is studying crowdfunding and Eglé is investigating animation. The research projects will succeed even if funding does not reach its target.

This is thrillingly new. Crowdfunding relies on altruism and a generosity of spirit that seems sometimes to be at odds with what motivates people economically. The gift society is an old concept though. I explored the role of gift giving in design and e-commerce back in 2004, referring to the writings of anthropologist Marcel Mauss in the 1920s. Here’s an excerpt. In a way I was suggesting that we should not be at all surprised at a business model that relies on generosity to succeed.

Internet society and the gift 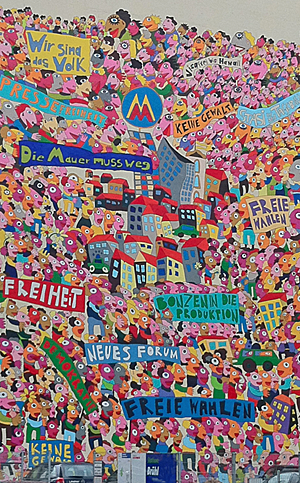 Some have argued that the Internet offers us an opportunity to return to the altruistic culture of the tribe. In examining the gift society we should note that giving on the Internet offers some major differences to the ancient, pre-capitalist, family-centred legacy of giving. The Internet gift society is a highly globalized and technologized entity, a product of late-modernity. To ignore as much is to fall into the trap of the technoromantics, to see the Internet as providing a nostalgic return to an idealised tribal or craft-based condition.

Manuell Castells provides an account of the social structure of the Internet that helps us position the Internet as a society of the gift. For Castells it is the techno-elites who have formed the basis of Internet culture. The development of the Internet was driven by a meritocracy rooted in universities and scientific research establishments, for whom the maintenance of a network of contacts, collaborations and peer esteem are the primary values, above monetary interest. This scholarly community is supplemented by those university workers and graduates who make up the hacker community: dedicated, technically skilled and creative communities of programmers who sustain and enhance their productivity and sociability through the Internet. Participation in open-source software development captures the ethos of this culture.

Virtual communitarians are the diverse hobbyists and users of the Internet who thrive on life on-line, and promote its benefits, exemplified by the users of the WELL in the 1980s, on-line descendants of the 1960s counter culture movements as celebrated in Rheingold’s book Virtual Communities. Then there are the entrepreneurs, who trade on the promise of the technology to gain financial backing and bring innovations to the market place. For Castells, these four cultures (the techno-elites, the hackers, the virtual communitarians, and the entrepreneurs) interacted to conceive and determine the character of the Internet as we see it today. Presumably this is in contrast to comparable ubiquitous technologies conceived and promoted through profit motives, such as the development of other forms of telecommunications, the railroads, the spread of the automobile, or the development of pharmaceuticals or biotechnology. Castells’ account of the culture of the Internet diminishes the profit motive in favour of a giving one. Even Internet entrepreneurs seem driven by non-commercial motives. They are “creators rather than businessmen, closer to the artist’s culture than to the traditional corporate culture” (p.60).

Castells does not explore this issue, but it seems to me that Internet culture (so presented) gives conspicuous expression to what is evident in so many other areas of work. The idea of “the professional” has ever been an attempt to demonstrate that a discipline is above its self-serving business interests. Education, health care, law, architecture and engineering come to mind as areas of work in which a sense of responsibility towards some cause outside self interest, and dedication beyond what is remunerable, are enshrined in codes of conduct, and the disciplines’ exemplars, histories and canonic texts. Such an appeal is no less evident in the tradition of trades, guilds and unions. It is corporatization, the profit motive, and self interest that have the character of a late arrival.

Sociologists, particularly from the political left, might think Internet economics requires some kind of justification or explanation as somehow outside of normal profit-motivated business. Here are three reasons for aligning the Internet on the side of the gift.

First, the disciplines implicated in the Internet’s development have not traditionally been those that formalise and restrict entry on the basis of an ethical code, as do the learned professions. Professional organisation, rigorous entry criteria, and codes of conduct are not as powerful amongst the sciences that were served by the embryonic Internet as it is amongst more clearly defined professional communities. More particularly, entry to the disciplines of computer science, and computer programming are not strongly regulated. Appeals to the altruism of its founders, the valorization of open-source and gift economics, are as much about a series of disciplines seeking professional identity as the discovery of new forms of sociality and production, or the revival of the sociality of the gift.

Second, the conspicuous promise of lucrative reward and the rapid growth in e-business have amplified the commercial aspects of the Internet. There is some justification in reviving the Internet’s history and origins in a grass roots meritocracy, as a way of distancing it from brash commerce.

Third, commerce is such an important part of contemporary society, including the Internet, and the causal narrative of self interest is so potent, that any means of rehabilitating commerce is to be welcomed by those who would hold to the grass roots and egalitarian ethos of the Internet. It is not just that the Internet will be restored to its rightful condition, but economics might be rehabilitated.

The philosophy of the gift society is expounded by and developed from Marcel Mauss’ attempts to subvert the hold of free market economics, utilitarianism, economic rationalism and economic determinism. The philosophy of the gift provides a potent antidote to Adam Smith’s assertion of self interest as the primary motivation of human transactions and exchange. If exchange is founded on the culturally rich interactions of the gift then self interest is simply its modern manifestation, a feature of certain limited economic models and practices. The gift brings to mind the character of modern economics by way of contrast. For writer Jacques Godbout,

the gift slips through the cracks everywhere, spills over, finds its way, adds something to what the utilitarian relationship tries to reduce to its simplest expression, a monetary expression (p.165).

The primordiality of the gift points to a substrate of complex and conflictual social interactions, without resorting to concepts of honour, duty or sacrifice as expounded by John Ruskin. As Jacques Derrida says of Mauss’ case for the gift, it is motivated by “an ethics and politics that tend to valorize the generosity of the giving-being” (p.44).

Banks were motivated in these sales, said the FSA, by “rewards and incentives” for individual bankers, rather than the interests of clients.

further evidence, if we needed it, that the flows in the society of the gift are gushing in the wrong direction. See post: Posh boys and mirror neurons.

Also see, What are audiences for.