What do maps do?

Maps come in many forms, including their online versions: Google maps, Ordnance survey maps, historical overlays (Walking through time), crowd sourced maps (Open Streetmaps), with GPS features, alerts, spoken directions, and provision for selling and sociability (Foursquare). Maps show us where we are, help us to get where we want to be, and they represent something. This much is obvious. But what do they represent? 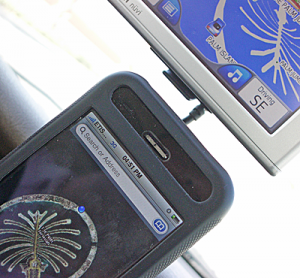 As maps are such active media, made with some purpose in mind, it’s helpful to focus on the verb, to map. In mathematics to map is to associate the elements of one set with those in another. For example, all the alphabetical characters (a, b, c …) map onto numbers (97, 98, 99 …) through the ASCII chart of correspondences. You could also map apples, bananas and peanuts onto horses, monkeys and squirrels according to some sensible or arbitrary mapping function.

It’s helpful to think of maps in this way, as one set of interrelated symbols corresponding to (mapped on to) some other set of interrelated symbols, as in this photograph of two different systems — an aerial view on an iPhone, corresponding to a perspective view on a vehicle’s SatNav. Now such mappings are provided on the same device, or even the same app.

So maps map to other maps. Models map to models; one term in a metaphor to another; this as that; one frame of reference against another. It’s a basic tenet of Structuralist linguistics — language as the circulation of signs. The intellectual tactic here is to sidestep the problematic entity of reality.

Mapping practices (and cartography) are contingent on the circumstances in which a map is made and deployed. Maps also derive from instruments of measurement, sensors, observational practices,  symbolic conventions, rules, and algorithms. Accuracy and usefulness are matters of fit between the systems being mapped, and the reliability of the mapping processes — something to do with calibration, as I considered in The Tuning of Place. Freeing maps from the need to represent what’s there is good news for emotional mapping, of the kind developed by the Situationists and their successors, though that demands a bit more thought, and imagination.

The cultural, social and spatial implications of computers and pervasive digital media spark my interest ... enjoy architecture, writing, designing, philosophy, coding and media mashups.
View all posts by Richard Coyne »
« Moods and movies
You are now free to move about the cabin »