The semiotic philosopher Charles Sanders Peirce said enigmatically that “man is a sign” (54). I’ve referred to this in a previous post. This statement hints at something significant about the use of language. We humans are capable of profound transformation under the operations of the sign. But I find it easier to think in terms of interpretation.

When we are open to the processes of interpretation (hermeneutics) then we are on track to personal transformation. Old prejudices get revised, renewed or discarded. We interpret differently in light of repeated encounters with the same or unfamiliar people, events, texts, artworks, artefacts, sunsets, autumn leaves, and other things of nature. So  Hans-Georg Gadamer said that interpretation has ontological significance in that interpreters undergo transformation as they interpret.

But people also brand themselves, and in this sense carry signs of what they think they want others to see: honest, intelligent, cautious, powerful, decisive, disruptive, opinion leader, hero, icon. Man as sign buys into concepts of identity, a theme familiar to activists and advertisers.

Clothing and costumes serve as a sign, and people at special events have been known to carry signs as labels, banners or words on fabric or sheets of cardboard — i.e. signage. 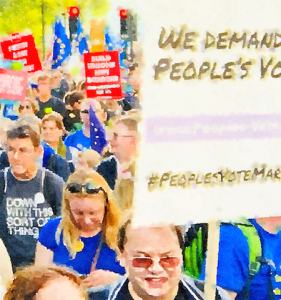 Here’s some people carrying signage, and the signage without the carriers, during and after a protest event yesterday. 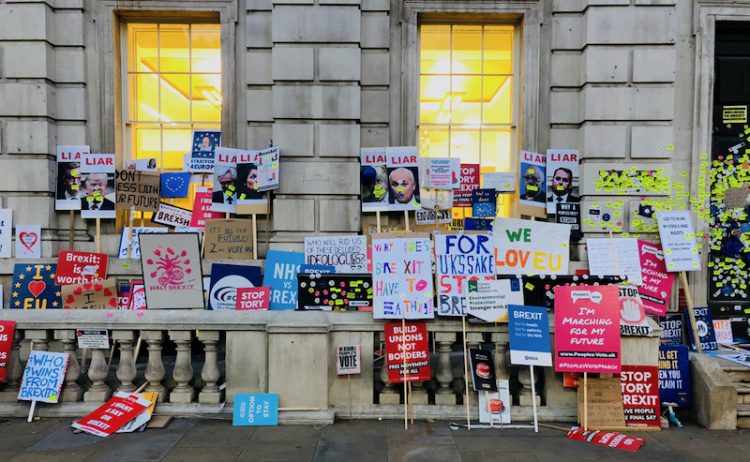