Is it just me, or is everyone losing the plot? I think stories in popular fiction, especially in film and television, are becoming increasingly complicated. There’s still heroism, personalised villainy, archetypes, sentimentality, the triumphant ending, and fidelity to genre and type, but the means of getting to the predictable ending seem ever more convoluted. 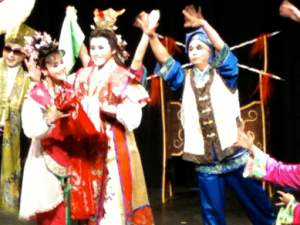 I’m thinking not only of very long crime stories in Danish with English subtitles eg The Killing (Forbrydelsen), but also family fare such as Steven Moffat’s time-bending scripts for Doctor Who, Steve Lisberger’s Tron Legacy, and Andrew Stanton’s Wall-E.

There could be several motivations for devising complicated and difficult plots. Perhaps writers are running out of simple stories. Or perhaps it’s just that audiences are distracted from concentration by the special effects and spectacular visuals. Or perhaps the complication or speeded up plots are by design: blockbuster films are made to be seen over and over. The medium encourages this repetition, and with multiple media channels the storyline can be elaborated via backstage interviews, explainers, spoilers, and reviews.

Perhaps there’s a difference between a story that’s comprehensible to someone, hopefully the author, but makes little sense to me, at the moment, and a story that’s badly constructed, poorly told, inconsistent, or deliberately nonsensical. No doubt in some cases plots and dialogue are put together carelessly, come second to the action scenes, or the story gets compromised by interventions between the writer’s wordprocessor and the final edit. Sometimes we miss the back story. Do you have to know Greek history to understand Aristophanes’ plays, or see every episode of Mad Men to get the drift?

In any case, incomprehension is not necessarily a negative. It allows scope for the imagination, speculation, discussion, interpretation, and reinterpretation, which is partly what stories are for. It can also inspire awe. According to philosopher Edmund Burke, “It is our ignorance of things that causes all our admiration, and chiefly excites our passions.” (p.57)

If we can cope with sub-optimal comprehension for fiction, then why not ideas, theories, philosophies, and learned speculations. Many readers have difficulty with philosophers such as Ludwig Witgenstein, Martin Heidegger, Gilles Deleuze, Jacques Derrida, but the assertion that the work is difficult to understand, as if that is the end of the matter, does not constitute worthwhile critique.

Much depends on trust. If I don’t understand Heidegger then I at least trust that someone else does, or that I’ll work it out in the fulness of time, or with sufficient dedication, or that at least my reading of the work and its commentaries will reward the effort.

The cultural, social and spatial implications of computers and pervasive digital media spark my interest ... enjoy architecture, writing, designing, philosophy, coding and media mashups.
View all posts by Richard Coyne »
« Being practical
I am Spartacus »

7 thoughts on “Against understanding”