I enter a building, see a room, and — in a fraction of a second — have this feeling about it.

Buildings inevitably impress us in some way. Many buildings stand out immediately. People make snap judgements on their beauty or lack of it, their functionality or dis-functioning. Buildings get photographed to give an immediate impression. In any case, buildings are conspicuous interventions into landscapes and cities. There are books and magazines dedicated to individual buildings. Buildings and their architects win prizes. 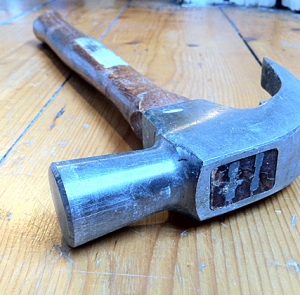 Peter Zumthor (Pritzker Prize winner) was responsible for the 2011 Serpentine Gallery Pavilion in London, and most notably the Thermal Baths at Vals, Graubünden in Switzerland (1996). These are bold yet sensitive structures, austere in form and exquisite in detailing. Whether intentionally or not, they do stand out. They also present an immediate impression.

Architectural theorist Adam Sharr provides a helpful summary of  Zumthor’s debt to the thinking of the philosopher Martin Heidegger on the theme of authentic, atmospheric and sensual building sensitive to place.

But Sharr also notes the difficulties with Heidegger’s “problematic authenticity claims,” and “romantic provincialism.” An architect who claims resonance with Heidegger runs the risk of being labelled a Romantic; or worse, someone who veers towards soil, blood and Fatherland.

Heidegger’s views on architecture are generally drawn from his essay “Building, dwelling, thinking” written around 1951. There’s the early and the later Heidegger. In his early writing (Being and Time, 1927) Heidegger makes little reference to architecture, but puts forward a plausible theory of the inconspicuous. Colleagues and I adopted this Heideggerian theme in the early 1990s as a way of making sense of iconic architecture and “postmodern” theory.

Here’s what we took from Heidegger on architecture — A building is part of a day-to-day encounter, part of the background of living. Our basic experience is of something that is simply available. For most people for most of the time buildings are simply there. They are equipment rather than forms, pictures or texts. They do not denote anything, or connote anything. They are part of an equipmental whole; part of the background of living and working. We didn’t say so then, but this is also an architecture of the everyday.

We took this observation about the grounding of architecture in the inconspicuous from commentaries of Heidegger’s Being and Time, particularly by Hubert Dreyfus. According to Heidegger our primary experience of the world is undifferentiated. We are absorbed. As we engage in our activities things are simply available for use. We are unaware. To quote Dreyfus “… we often experience ourselves as active yet are not aware of what we are trying to do.” In this condition our thoughts are not directed to some end. There are no goals: “… at times one is actually surprised when the task is accomplished, as when one’s thoughts are interrupted by one’s arrival at the office.”

Similarly, in the mundane activity of walking to the office, we are unconcerned about the contact between the soles of our feet and the pavement. In the same way the facade of the building in which we work makes no demands upon our attention as we engage in the day to day task of entering the building. In so far as equipment is part of anything we may understand it as part of the “background” to our daily activity. (Our own experience of ourselves is similarly that of simply “being-in-the-world.”)

We argued that this Heideggerian position points to the practice of architecture as primarily an involving, worldly, atheoretical, reflective, and participatory activity.

I explored this line of thinking in the article: Coyne, Richard. 1991. Inconspicuous architecture. In R. Coyne, A. Snodgrass, T. Fry, and P. Redding (eds.), Gadamer, Action and Reason: Proc. Conference on the Application of the Hermeneutical Philosophy of Hans-Georg Gadamer within the Human Sciences. Sydney: University of Sydney, pp. 62-70 PDF.