What is neuroarchitecture?[1] In a recent New York Times article author Sarah Williams Goldhagen claims that developments in cognitive neuroscience are having an effect on architecture. Cognitive neuroscience derives evidence about how the mind works from heavy duty brain imaging technologies such as EEG (electroencephalography), CAT (computed axial tomography), and NMR (nuclear magnetic resonance) imaging.

Neurotechnologies are getting cleverer, coming down in price, and moving out of the lab. (We recently bought a portable EEG head-mounted device for under £300.) According to Goldhagen,

A revolution in cognitive neuroscience is changing the kinds of experiments that scientists conduct, the kinds of questions economists ask and, increasingly, the ways that architects, landscape architects and urban designers shape our built environment.

Where do these developments in cognitive neuroscience lead? Goldhagen (in her short article) is only able to identify developments that in fact predate the growth of neuroscience. She observes:

This revolution reveals that thought is less transparent to the thinker than it appears and that the mind is less rational than we believe and more associative than we know. Many of the associations we make emerge from the fact that we live inside bodies, in a concrete world, and we tend to think in metaphors grounded in that embodiment. 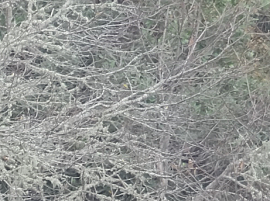 At best neuroscience seems to provide a certain kind of evidence for concepts of metaphor and embodiment that are already current. I’m thinking of the philosopher Mark Johnson’s seminal book The Body in the Mind: The Bodily Basis of Meaning, Imagination, and Reason (1987), and his earlier book with the linguist George Lakoff, Metaphors We Live by (1980). Lakoff and Johnson were in the company of many champions of metaphor (and embodiment), including urban theorist Donald Schön (1963). Researchers into interaction design, involving digital media, and music researchers (eg IMHSD) have long been aware of the intimate coupling between body, mind and environment.

It would be a pity if all this well-established work on metaphor and embodiment, which architecture has barely caught up with, was bypassed in a rush to claim neuroimaging technologies as a source for new thinking about architecture.

It would be a shame too if architecture developed along Goldhagen’s conjecture that the new neuroarchitecture simply amounts to buildings that are shaped like trees. (It’s not clear why trees should form the dominant metaphor here. Are tree branches neural dendrites?)

Perhaps an idea only gains currency in architecture, at least for a while, when it becomes associated with a style of architecture, as was arguably the case with Deconstruction.

I’m reminded of Charles Jencks’ writing about developments in chaos and complexity theory, implying that it’s the job of architecture to represent the true nature of the universe, in his case the smooth growth of wave forms in nature and their sudden twists and ruptures: “Since nature shows these two properties might not a cosmogenic architecture represent these two basic truths?” Hence he jumped to the new fluid forms of Frank Gehry’s Bilbao museum.

Is architecture now to represent neural pathways, synaptic ion differentials, branching neuronal dendrites (trees); are buildings to become brains? I would question whether the best role for architecture is to occupy itself with representing any new understanding of reality (scientific or otherwise), and in such an imitative way.

There are however other interesting ways of thinking about the mind that draw from neuroscience (and other disciplines), and these have yet to find their way into mainstream architectural thinking. Some of us attempted a few years ago to look at the implications of the “associative brain” (and the “scaffolded mind”) for architecture.

We called the article “Places to think with,” and concluded that architecture configures spaces not just to “convey meaning,” as containers for cognitive agents (people), embodying ideas (or ideologies), or to help us think better, but are actively complicit in thought.

[1] See website and online articles for ANFA, Academy of Neuroscience for Architecture, established in 2003: “Not only will architects benefit from the knowledge base made possible by neuroscience, but future generations of school children, hospital patients, office workers, and worshippers in sacred places will have their environments more carefully tuned to their needs and desires.” Also see online article from 2005 on Neuromarketing (“where neuroscience and marketing meet”) website, 2005: Neuroarchitecture next buzzword.

Also see Neuroscience eclipses AI and Brain Scans and Creativity. Thanks to Pavros Mavros for his work on the portable EEG.

Goldhagen references arboreal structures by Zaha Hadid and others. We could add  Enrique Morales’ design for the Scottish Parliament building (which tour guides describe as resembling “the tree of life” when viewed from Salisbury Crags), Pier Luigi Nervi’s high-modernist structures, and Expressionist and organic architectures earlier in the 20th century, as well as Pugin’s Gothic revival architecture; and of course Vitruvius thought of architecture as derving from the manipulation of a copse of trees into a shelter: four trunks define the corners and the canopy becomes the roof (the primitive hut). What are classical fluted columns but stylised tree trunks.

Trees also carry negative connotations. Deleuze and Guattari deride arboreal thinking, which they regard as hierarchical, and Christopher Alexander declared “A city is not a tree.” Elsewhere I reference a theory about the evolution of binocular vision in primates, an adaptation apparently beneficial to tree-dwellers.