A note from the past:

Computer-mediated communication (CMC) is a class of computer-based technologies that assist people to get in touch with each other, a facility taken for granted in universities since the inception of the Internet and electronic mail (email) in the 1970s, and now finding its way into the business world. What are the impacts of this emerging technology on design practices?

A group of us raised that question in 1994 in a survey report on computers in architectural practice. That’s the trouble with surveys and computers. They get out of date very quickly. The questions they address seem quaint in retrospect.

But sixteen years later the results start to assume the patina of old age. Terms like “CMC,” “telephone modem,” “turnkey system,” and “text handling” are like the dust, smudges and creases in documents that remind archivists they are dealing in something very old, and potentially important.

In the 1990s, architects who wanted to use the Internet were mavericks, in some cases pirating their online access from universities. We reported:

The most prominent vehicle for CMC is the Internet to which commercial users generally connect via a telephone modem. Very few of the firms we investigated had a direct link or a dedicated telephone line connection to the Internet. From a modem you dial into a service provider, such as Compuserve, AppleLink, America On Line (AOL), the Microsoft network, Pipeline USA, or a local university, and the connection to the Internet is made from there. The narrow bandwidth of telephone modem connections is limiting, and the practitioners we interviewed used the Internet primarily for text handling as opposed to on-line graphics.

This particular survey involved 19 firms from around the world, mostly interviewed from Sydney in real time via online chat. This was cumbersome, but gave opportunity to reflect on the medium.  Our interviewees made some salient predictions, informed no doubt by commentators and enthusiasts in the media.

The consensus of those we interviewed is that the state of CMC technology as it is at the moment is a foretaste of something more significant around the corner. For one, the future lies with greater connectivity and greater bandwidth for more sophisticated collaborative activities:

“I expect that my mobile computer will be constantly hooked to a wide area network. I expect full motion video links over the net (videotelephony). I expect real-time collaborative authoring of text and graphical documents. I expect super easy interfaces, so that it’s a matter of pick-up and play, for new staff. I expect to be working more from my living room, with meetings in cafes. I expect my clients to be slightly more computer literate, but don’t hope for much there, and I expect to use CMC more for client presentations, bringing remote workers in on meetings.”

It will be commonplace for people to collaborate at a distance using any item of software: “All programs will have CMC features in them. Now all programs are networked. In the future they will be multiuser.”

Another saw CMC providing ‘intelligent’ access to interactive ‘virtual reality’ images through VRML (virtual reality modelling language): “I can see ‘intelligent agents’ searching VRML based Web Sites across the globe, searching for 3D images of products that I am specifying on my next architectural project.”

Another practitioner saw the future in terms of miniaturisation and ubiquity: “I hope all communications will be in small hand held intuitive devices. I want inexpensive and immediate data and voice links from anywhere — cars, home, you name it — and I want access to computer data anytime.”

For another practitioner, the future also augurs the possibility of designing the virtual, without ever expecting it to become real: “The more you show, the more responsible you are for turning an image to reality. On the other hand, we will be able to make these images to stand by themselves, to create virtual spaces that will never even make the attempt to become real. This frightens me a little.”

Some see a future of major structural changes to professional life: “I expect to make more and more use of ‘mother ship’ companies — bigger companies with big computing resources, that I can call on for backup for bigger jobs.”

One practitioner wistfully remarked: “I don’t see architectural practice existing the way it practices today — it will cease to exist due to technology passing by a sleeping profession. But the few that see this trend will keep this noble profession alive.”

There’s no explicit reference to wireless connectivity, or the integration of computers and mobile telephones, let alone camera phones or ubiquitous tablet computers. Few commentators predicted the expansion of CMC into what a decade later became social media and Web 2.0, and the impact that would have on business life. But who can predict the state of play 16 years from now? You can read our report in PDF here: CAD in Practice Report 1996. Quotations above are from pages 63 and 76-77. 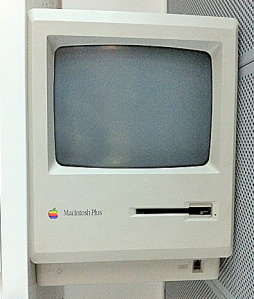