The kids at Hogwarts learn to move objects about at will without having to touch or grab them. According to philosopher David Ray Griffin, the mechanistic philosophy of Rene Descartes helped counteract the belief that minds can control objects over distances. This insight eventually reduced the persecution of people labelled as witches. For good or evil the putative ability to cause action over a distance is one of the hallmarks of enchantment. 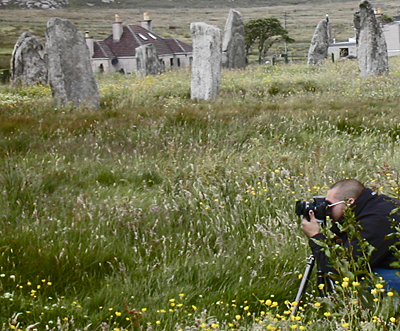 We now live in less enchanted times. According to Max Weber, “The fate of our times is characterized by rationalization and, above all, by the ‘disenchantment of the world'” (155). Griffin identifies Weber’s term Entzauberung which means “taking the magic out” (2).

Putting the magic back in, reenchantment, is a big theme amongst contemporary scholars. But the genie is out of the bottle — or has evaporated. Scientifically-minded intellectuals are unlikely to return to the view that using animal sacrifice to increase the harvest has the same cause and effect relationship as striking two stones together to set a fire going. In those days (whenever they were) that was just the way the world was.

Rituals, incantations, watching crops grow, and fire were all just as ordinary, or mysterious. Cause and effect were not so precisely defined. There was no science. There was no magic either.

Magical metaphors pervade digital culture and there are groups calling themselves “technopagans,” tapping into the power and opacity of computer code and hardware. According to an article in Wired back in 1995, “A startling number of Pagans work and play in technical fields, as sysops, computer programmers, and network engineers.”

Now smartphones you can speak commands to, and ubiquitous networked communications, lure us into a thoroughly modern Harry Potter world of wizards and muggles.

Reenchantment also takes another course, and that is to hypothesise, investigate and explain in terms familiar to our twenty-first century scientific sensibility what science is not able to account for readily, or even to detect. That’s my interpretation anyway of the project of Rupert Sheldrake and others. Here’s one of their propositions about “morphic resonance.”

“According to the hypothesis of morphic resonance, human beings draw upon a collective memory: something learned by people in one place should subsequently become easier for others to learn all over the world” (xxv).

Unlike magic, this kind of speculation posits cause and effect explanations in terms of quantum physics, or some other (difficult) field theory. The famous example is the observation that blue tits in one region of England discovered how to remove the caps from milk bottles and drink the cream. The habit spread throughout the country (amongst bue tits), even though there was no kind of direct interaction between colonies of birds. 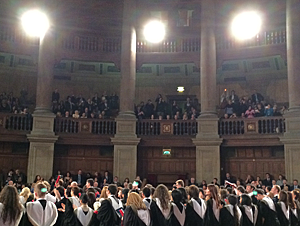 The strong claim of morphic resonance theory is that birds of a species, or the elements of any other “self organizing system,” are interconnected by a morphic field that aids learning. It’s a particular form of action at a distance.

I remember the days where we had to coach students how to hold and click a computer mouse correctly. Thanks to morphic resonance, once a few people have been taught the skill, almost everyone can do it, instinctively. I don’t believe it. As with other enchanted pursuits, such explanations diminish the complex social and spatial aspects of cultural transmission — how communities learn.

It’s a pity the morphic effect is so elusive. If it worked then we could spend less time worrying about training, education, communications and research into the ways human practices are acquired and transmitted. Classes could be much smaller if we understood how to tap into morphic fields.

There are other explanations (discourses) about how things interrelate without recourse to enchanted fields. Much depends on language. Martin Heidegger said things that sound superficially like enchantment.

“When I go toward the door of the lecture hall, I am already there, and I could not go to it at all if I were not such that I am there. I am never here only, as this encapsulated body; rather, I am there, that is, I already pervade the room, and only thus can I go through it.”

Was he claiming some kind of paranormal power to be in more than one place at once, or access to a life force so far undetected by science? He was writing as a phenomenologist examining what it is to be in a place, and in the process examining how to break from a language that presumes we are independent thinking subjects isolated from an objective world. Heidegger’s is a particularly rich and provocative language game. The quote is from the same essay where he says that “language is the house of being.”

In the previous post I said of the supposed innate (and mysterious) connections between people and their surroundings: “For some people this connection is more than poetic analogy, and metaphor. It’s even more than symbolism.” I should have said “less than.” Trust in scarcely detectable force fields is less than what language has to offer.

I would also say that trust in empirical observation, measurement and calculation that is somehow independent of the language and culture of inquiry is less than analogy, metaphor and symbolism provide the enquiring mind.

There are of course empirical and calculative studies of word usage, that are illuminating, if not enchanting, as I’ll show next week. 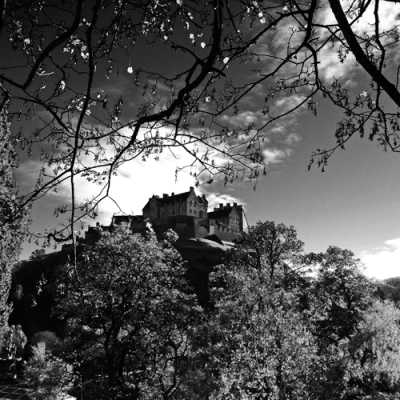 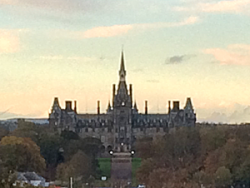