How do buildings affect people emotionally? Most architects prefer to talk of atmosphere rather than emotion.

For architectural theorist Mark Wigley, atmosphere: “surrounds a building, clinging to the material object.” He says it even emanates from the building: “It is some kind of sensuous emission of sound, light, heat, smell, and moisture; a swirling climate of intangible effects generated by a stationary object.” So the architect seeks to create atmospheres, with the building as a means to that end: “In the end, it is the climate of ephemeral effects that envelops the inhabitant, not the building” (p.18).

In an interview with Steven Spier, architect Peter Zumthor ascribes to the properties of materials (e.g. stone and water) and light this capacity to generate atmosphere: “It’s loving the material, loving the atmosphere, the radiance it has, and then, if you work a long time with these materials, a set of materials, all of a sudden you get it.”

In a way, architecture inherits its capacity to provide this atmosphere second hand. It’s nature that offers the real emotional connection, and architecture connects to the emotions via natural materials. Buildings create atmosphere in so far as they draw on nature.

Walter Benjamin also indicated the close coupling between nature and atmosphere, though he called it aura: “If, while resting on a summer afternoon, you follow with your eyes a mountain range on the horizon or a branch which casts its shadow over you, you experience the aura of those mountains, of that branch” (p.4).

For Benjamin modern society’s economically-driven desire to dissect and scrutinise nature in minute detail, and the incessant mechanical reproduction of natural objects through the mass media, destroys the aura of an object.

Field of Light by Bruce Munro in St Andrew Square, Edinburgh. It is made up of 9,000 lighted glass orbs that change colour.

Aura is an interesting word in this context. It certainly relates to atmosphere. Wikipedia currently describes an aura as “a field of subtle, luminous radiation surrounding a person or object (like the halo or aureola in religious art).” But it’s also about air. The OED gives its first definition of aura: “a gentle breeze, a zephyr.”

The Greek word from which aura derives means breath, and the word aural pertains to the ear (via Latin) and to sound. So an aura’s visual presence is all but eclipsed by other sensory modes, the constituents of ephemeral atmospheres: subtle scents, a gentle current of air.

Here’s a further take on aura. The OED also refers to an aura as an “electrical discharge,” or “The current of air caused by the discharge of electricity from a sharp point.”

An intriguing article by biologist Gaétan Chevalier and his team suggests that indoor living means we are losing contact with the earth, i.e. that our bodies are insulated from the ground with which the current of electrons into and out of our bodies would otherwise flow. They suggest that “this disconnect may be a major contributor to physiological dysfunction and wellness.”

This is another aspect of aural discourse. Contact with natural environments (particularly the ground) allows us to “equilibrate with the electrical potential of the Earth” (p.2). It’s about health, but also the removal of anxiety, depression and irritability, i.e. negative mood states.

I’m currently trying to exhaust all the proposed physical, measurable and putative causal relationships between mood and environment, no matter how plausible or otherwise: the phases of the moon, morphic fields, ley lines, the placebo effect, confirmation bias, and meditation on nature. So now I can add electronic equilibrium to the list.

Whatever the evidence, these theories constitute fascinating cultural artefacts (memes perhaps) that feature in the way people interpret the complex relationships between emotion and place. 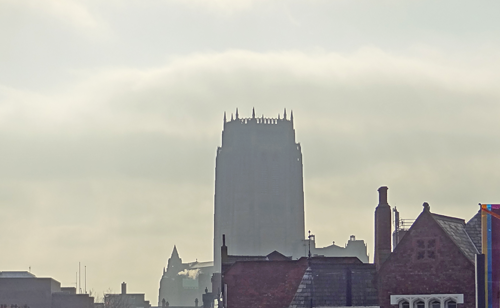