Androids are made not born. “Cyborg replication is uncoupled from organic reproduction,” wrote Donna Haraway.

Automata are not the only beings denied parentage. Remember, “The Lord God formed man of dust from the ground” (Genesis 2:7). Fast forward 4 minutes into the recent video installation by Bill Viola in St Paul’s Cathedral, London, to see man rising from the dust of the earth in slow motion. 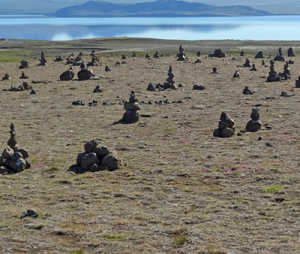 Socrates asked how parents produced offspring in the early days. He was told by a wise counsellor, “Quite simply, Socrates, they didn’t: there was no such thing at that time as parental procreation. It was the earth-born race, whose existence once upon a time we hear of in our stories, which was born: that was the time when they began to rise up again out of the earth.” (Plato, Statesman)

A creature born of the earth is an autochthon. According to the OED it’s a person traditionally thought to have been born out of the earth, or whose ancestry can be traced back to the earth. In more prosaic terms it’s an indigenous person; an earliest known inhabitant: someone who really belongs in the place. But the possibility of being “born of the earth” forms a potent element in ancient, modern and high tech myths. 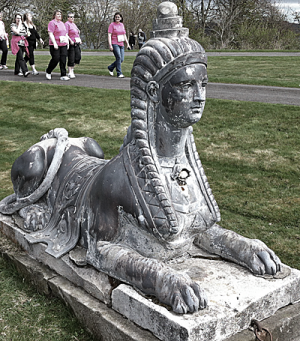 The anthropologist Claude Lévi-Strauss explained the age-old Oedipus myth in terms of autochthony. Oedipus killed a man in self defence and married that man’s widow. The man turned out to be his father and the new wife his mother.

When they discovered their incest, the son (Oedipus) blinded himself, and his mother committed suicide. It’s a tragic tale that Sigmund Freud wove into his account of family life and its troubles. Sons can’t get what they want, and will never admit to what they really want anyway — That kind of thing.

Levi-Strauss offered an alternative interpretation. There’s more to the story. Oedipus has a brother (Cadmos) who’s looking for his sister (Europa) after she was raped by the father of the gods (Zeus).

As part of his quest Cadmos kills a dragon. Oedipus also does battle and kills the Sphinx (a monster with a woman’s head and lion’s body).

As it happens, Oedipus means “swollen footed.” According to one version of the story he had his feet tied together when he was a child and he was pegged to the ground and left to die.

In a version of the play I’ve seen Oedipus walks with a limp. The name Laios (Oedipus’ father) means “left sided.” The names are significant. For Lévi-Strauss these various elements of the story indicate a cluster of conflicts.

Followers of historical dramas are familiar with regal obsessions about lineage and mixed loyalties (Shakespeare’s plays, and historic soaps such as The Tudors and The Borgias). Lévi-Strauss examines the relationships between these clusters, concluding that:

The myth has to do with the inability, for a culture which holds the belief that mankind is autochthonous [comes from a single parent] . . ., to find a satisfactory transition between this theory and the knowledge that human beings are actually born from the union of man and woman. .. the Oedipus myth provides a kind of logical tool which relates the original problem—born from one or born from two?—to the derivative problem: born from different or born from the same (216).

The complex of autochthony is still relevant. Clones, machine intelligence, androids, and autonomous half human robots, in actuality or in prospect, are produced by means independent of bisexual reproduction.

The image below is from a conference presentation by Stelarc, the cyborg artist, delivering his paper from within SecondLife. It’s all about body parts, body fluids, prosthetics — monstrous in a way — but also down to earth. 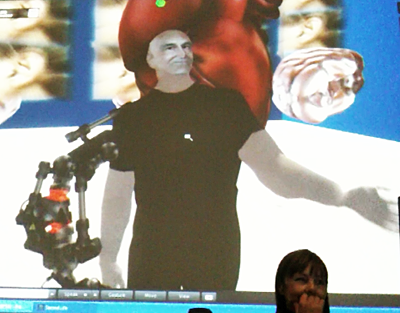 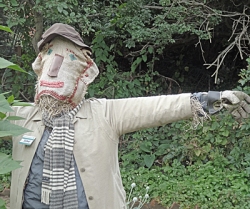