It’s salutary to see familiar common sense placed under a new heading (e.g. post-digital). Headings turn the familiar into something strange, and jar matters into consciousness again. Technorationalist, technoromantic, post-human, and post-apocalyptic fill a similar role. Here’s a Google Ngram showing the frequency of the term “post-digital” in Google’s book repository over time, till 2008.

But we move into a different discussion when headings over-reach, and claim space as bonafide movements or are used to sum up the mood of an era. In what ways does “post-digital cultures” over-reach?

As outlined by Florian Cramer and others, post-digital cultures promote scepticism about the special nature of digital technology. Cramer says: “After Edward Snowden’s disclosures of the NSA’s all-pervasive digital surveillance systems, this disenchantment has quickly grown from a niche ‘hipster’ phenomenon to a mainstream position – one which is likely to have a serious impact on all cultural and business practices based on networked electronic devices and Internet services” (13). I agree with that, though I’m less sure of the putative sources of that scepticism.

“Post-digital cultures” seems to emerge from art, design and media studies, with their intellectual trading stock of identifiable trends, counter-trends, movements, anti-heroes, subcultures and cultural flows. Were I to ascribe sources to such a trend (politically informed, sceptical, knowledgeable) I would rather identify institutions of higher education, critical and knowing technology developers, and social and political intellectuals as the sources of that scepticism.

For many of us, hippydom and its successors (hipsters) was the crazy stuff we saw on tv and people made jokes about in the 1970s. Some commentators have even made the case that it fuelled much of the idealism of Silicon Valley culture, not that it was some how in opposition to it. See post: Bauhaus Geek.

The post-digital seeks authentic experience, though that’s not new, or confined to the “post-digital,” nor widely adopted as a new tactic. Industrialization generated a flurry of reactions against the machine, right from its inception. That’s the legacy of Romanticism. See post: Vitruvius does steam punk.

Romanticism is still with us and flourishes in the pre, present and post digital. There’s a strong case to be made that handcraft, nature, personal relationships, and authentic engagement, are invented in and through industrialisation, and the technologies we continue to invent and deploy. 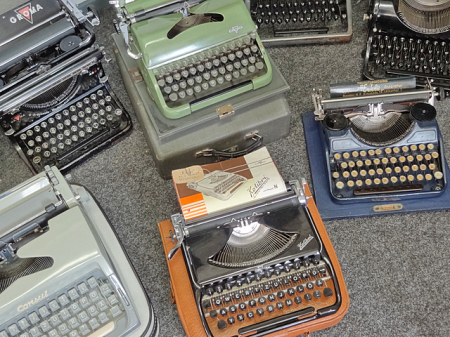 According to Cramer, “‘Post-digital’ thus refers to a state in which the disruption brought upon by digital information technology has already occurred” (7). But I think the place of these technologies is not only to disrupt. These technologies have to exist and function, and they have to be developed. It’s as if post digitalists presume that digital technologies grow and develop by themselves, as do their applications.

As with the plastics industry (in the “post-plastic” age), there are businesses, professional activities, industries, institutions and knowledge bases dedicated to digital development, not to mention professionals working on digital applications and critique. In a way, people who self-identify as post-digital deny themselves credibility in the area of digital development. Their critique will always be from the sidelines.

Post-digital cultures reject the hype and the positivism of some of the digital media promotion, advertising, journalism and popular writing. But many developers, critics, journalists, social scientists and others who do not identify with post-digital cultures also reject the hype. That’s not the same as turning your back on development and critique, and simply choosing not to talk about it, nor offer critique.

Choose the right tool for the job

In post-digital cultures, people choose the media most suited to the task at hand, whether digital or not. That makes sense, and reminds us that after all post-digitality stakes its claim as an art movement that self-consciously references directly or indirectly the digital medium. An artist on a bench carving a piece of wood into a set of cutlery wouldn’t have the same impact as the hipster with the typewriter in the park (see previous post), as there’s as yet no obvious digital substitute (until portable 3-D printing really takes off).

Cramer reinforced this point: “such practices can only be meaningfully called ‘post-digital’ when they do not merely revive older media technologies, but functionally repurpose them in relation to digital media technologies: zines that become anti-blogs or non-blogs, vinyl as anti-CD, cassette tapes as anti-MP3, analog film as anti-video” (21). So the post-digital operates in the realms of protest, or at least disturbance. It claims to be an art movement after all.

Cramer identifies a “Semiotic shift to the indexical,” an emphasis on collections and their materiality, without resorting to an overarching ordering system or theory. That can be a charming strategy for disarming intellectual pretentions. It can also drift into anti-intellectualism: Just show me the stuff; there’s no need to talk about it. There are websites, and sharing sites dedicated to collections of images, but what does it all mean? That requires further interpretation and engagement.

Many of us working in design research and education are aware of how easy it is to present slides, portfolios, images, exhibitions and works while thinking that the presentation is enough. Let the work speak. That’s also an excuse for ignoring the social, cultural and historical context in which the creator is operating. That requires a certain kind of intellectual labour, and theorizing.

Post-digital cultures embrace the aesthetic, but then so do supposed “old school” digital artists, media specialists, inventors, programmers, entrepreneurs. The philosophy and language of phenomenology can be recruited here, though that imposes its own intellectual demands (and theories), not entirely consistent with the semiotic shift to the indexical.

Post-digital cultures embrace agency and self determination. Cramer says that the Post digital suffers from the same delusion as other ideologies, that we can be in control of our own destinies (i.e. we are autonomous agents). After all, the “post” prefix doesn’t mean the abolition of the old power structures, but their transformation: “mutation into new power structures” (15).

Cramer writes: “Post-digital: A term that sucks but is useful” (13). It’s a useful term for me while considering the relationship between the digital and the natural. See posts tagged nature.