“Red sky at night, shepherd’s delight. Red sky in the morning, shepherd’s warning.” How do you read nature? Nature is a system of signs after all.

The theory of signs (semiotics) is interesting not least as it repositions the discussion of nature away from the reductive notion of data towards the totality of experience (see post One with nature). Whereas notions of data draw on machine metaphors, semiotics takes its cue from the world of nature. Semiotics also connects with place and architecture via its popularity in the 1960s and 70s, though, arguably, the tenets of semiotics were  overtaken by the vocabulary of Structuralism, and later Poststructuralism.

The Pragmatic philosopher Charles Sanders Peirce (1839-1914), outlined a theory of signs, refined and brought up to date by Thomas Sebeok, who identifies six types of signs. Each sign type references nature in some way. I’ll only look at four of these here: the signal, symptom, icon and index.

Sebeok recognises the overlap between sign categories, and the circumstances in which they operate, which will be different depending on circumstances, practices, and the interpretive frame in which the sign user/receiver operates. The categories in any case help structure debates amongst semioticians, and have interesting implications for the way we “read” nature.

Signals trigger some action in a receiver. Peacocks signal their impending mating attentions to a peahen via visual display, gestures, and sounds. The first frost signals to a bear to prepare to hibernate.

For Sebeok, “Signaling activity, in its simplest form, is produced by an individual organism; it represents information; it is mediated by a physical carrier, and it is perceived and responded to by one or more individuals” (46).

Not all signals are backed up by intentions, or provide advantage to the signaller. In the animal world of zoosemiotics inadvertent signals get passed across species and between plants, animals and other elements of the natural world. After all, the physical environment is replete with signals. For us humans it’s the colour of the sky, the length of the days, the temperature, sunlight, birdcalls, the sound of traffic, the chime of a clock, traffic lights, a pop-up message on a smartphone, a cue from the boss, etc. 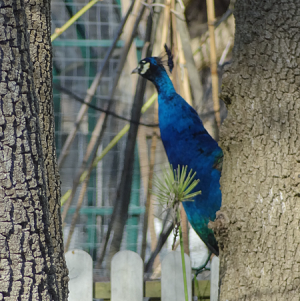 This is the familiar involuntary sign that there’s a change in the state of an organism: a grey pallor (ill health) or a rosy complexion (good health). In contemporary clinical practice a symptom is usually self reported; a sign is something observed. But in general terms a symptom is evidence of something that is otherwise hidden or at least not obvious.

In a cultural context we could say that the obsession with big data is a symptom of the human need to feel in control; or online abuse on social media is a symptom of deeper social problems such as unequal educational opportunities.

The use of the general word “sign” seems to have its origins in the idea of symptom in early medical practice, i.e. a sign is related to illness, dating back to Hippocrates (460-370 BC) according to Sebeok (66).

In their Seminal book The Meaning of Meaning published in 1923, Ogden and Richards reinforced this clinical connection via the example of diagnosis, e.g. high body temperature as a sign of influenza (21).

The importance of the symptom in the history of sign theory is further indication, if we needed it, of the relationship between signs and the things of nature — in the most obvious case the health status of an organism.

This is where a sign (drawing, image) has some similarity to the object it designates. According to Sebeok: “An icon is a sign that is made to resemble, simulate, or reproduce its referent in some way. Photographs may be iconic signs because they can be seen to reproduce their referents in a visual way. Onomatopoeic words are also iconic signs because they simulate their referents in an acoustic way. Commercially produced perfumes that are suggestive of certain natural scents are likewise iconic, because they simulate the scents in an artificial way. The list could go on and on” (10).

Sebeok provides examples from the animal world. Ants emit an alarm signal via a chemical, the intensity of which mirrors the intensity of the threat: “The sign is iconic inasmuch as it varies in analogous proportion to the waxing or waning of the danger stimuli” (52).

Then there are defenceless insects that mimic other more dangerous species (e.g. wasps) in order to deceive the birds that would otherwise eat them. In an icon there’s an attempt to mimic the thing being referenced (84). This reminds me of Roger Caillois’s 1935 article about insect mimicry, which he sees as a spatial disturbance. See Pictures devour reality.

Peirce examines images, diagrams and metaphors as further subspecies of icons, though these seem to be controversial as categories according to Sebeok.

An indexical sign bears a direct relationship with the thing it references. According to Sebeok: “An index, as Peirce spelled out further, ‘is a sign which refers to the Object it denotes by virtue of being really affected by that Object’ (2:248)” (87).

Forensic investigations in crime stories inevitably appeal to the idea of the indexical sign: the bullet hole in the wall is a sign that someone fired a gun; the horseshoe found on the road is a sign of a well-bred young pony, according to analysis by Sherlock Holmes. Indexical signs are therefore matters of “fact” once established.

According to Sebeok: “Temporal succession, relations of a cause to its effect or of an effect to its cause, or else some space/time vinculum between an index and its dynamic object, as Berkeley and Hume had already discovered but as Peirce went much farther to elaborate, lurk at the heart of indexicality” (89).

As the index operates via a direct relationship, nature is replete with indexical signs: “Signs, inclusive of indexes, occur at their most primitive on the single-cell level, as physical or chemical entities, external or internal with respect to the embedding organism as a reference frame, which they may ‘point’ to, read, or microsemiotically parse — in brief, can issue functional instructions for in the manner of an index” (90-91). In everyday language we think of how A causes B, though causality is just one manifestation. The function of the indexical sign is superordinate to causality.

Sebeok invokes the idea of “the book of nature” as a dealing in indexical signs (94), e.g. hunting practices (following animal trails) and divination (reading animal entrails to tell the future) (94), as is the idea that nature is written in a kind of code requiring decipherment (96).

So we read the book of nature, and it reads itself, in these four ways at least, as signal, symptom, icon and index, and there are other categories. Semiotics draws substantially on the idea of classification (families, genera, species, and subspecies of signs), and at times reads as if inspecting and classifying biological or other natural specimens. In these and other ways, semiotics connects with nature.

From a hermeneutical perspective any such sign system is subservient to the workings of interpretation, and Sebeok highlights how one form gets translated into another depending on circumstances. These sign categories are aspects of a communication rather than distinct modes.

So a red sky at night can act as a signal to shepherds to let the sheep graze further afield, it’s a symptom of high pressure in the upper atmosphere trapping dust particles, it’s an icon in that the more intense the barometric pressure the more blue light gets filtered out (leaving red) i.e. the redness is an analogue of the barometric pressure, and it’s an index in that the redness of the sky has a cause, though whether or not the redness is a good predictor of clement weather would depend on further analysis. In fact we modern humans are probably just as adept at reading jet airliner condensation trails amongst the myriad signs in the contemporary landscape. 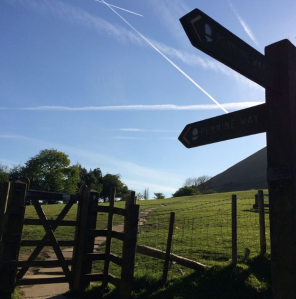