A code is a system of rules for translating one string of symbols into something else, such as another string, some actions or outputs. Code provides an obvious link between digital computers and nature. After all, computers run on code, and the nuclei of cells in living organisms contain gene sequences that the cells translate to other sequences, proteins, and actions, and those translations imply some kind of code.

In advancing the significance of code in living things in the 1990s, computer scientist Christopher Langton stated: “Our technological capabilities have brought us to the point where we are on the verge of creating ‘living’ artifacts. The field of Artificial Life is devoted to studying the scientific, technological, artistic, philosophical, and social implications of such an accomplishment.” So code is of consequence in the relationship between machines and nature.

In a section headed The genetic code my undergraduate biological textbook said, “We are dealing with a code that has only four elements–the four different nucleotides in messenger RNA (which reflect a corresponding four nucleotides in DNA) … nucleic acids must code an immense amount of information within a small space … the flow of information proceeds as follows: The DNA of the gene determines the messenger RNA, which determines protein enzymes, which control chemical reactions, which produce the characteristics of the organism” (521). This explanation depends substantially on the concept of individual units, code and translation.

Here’s a very small fragment of the DNA sequence of a (composite) human being. The complete set of DNA material is the same in all cells of a particular organism, and is called the genome. So this is a part of a human genome, displayed in a series of volumes as an art installation in the Wellcome Trust gallery in Euston Road, London. The sequence would be about 3,000 million characters long if the content of a human cell’s chromosomes were strung together (or the contents of the 117 or so volumes in the gallery’s genome display).

Alan Turing’s generalised model of computation shows that in a computer there’s no substantial difference between data and programs. So “code” will do for anything processed in a computer (data or instructions). In biology, on the other hand, the “code” is the set of rules that translate DNA sequences to enzymes and then to characteristics and behaviours of the cell and the whole organism. So the genome isn’t the code. The code is the hidden rules that translate DNA into something else.

Is DNA a Turing machine?

A Turing machine is a hypothetical computer stripped down to basic operations involving an infinitely long tape with symbols on it, a tape head for reading and erasing symbols, a mechanism for moving the tape back and forth, a register for recording the machine’s last move, and a finite set of instructions. Such a device is slow, inefficient and impractical, but has properties that account for everything that a computer can do, including mathematical operations, and text and symbol processing.

All computers would be Turing machines were it not that they lack the luxury of an infinitely long tape or storage capacity. A computer doesn’t have to have the elements of a Turing machine to be a type of Turing machine. Computers process their data whether it’s on tape, disk or hardware much more efficiently than moving a reader back and forth over a string of symbols.

Writing in a Scientific American article, bio-technologists Ehud Shapiro and Yaakov Benenson have drawn on the similarity between a Turing machine and the way a cell and its genome works: “both systems process information stored in a string of symbols taken from a fixed alphabet, and both operate by moving step by step along those strings, modifying or adding symbols according to a given set of rules.”

No such molecular scale computer yet exists. Though a computer doesn’t have to have the form of a Turing machine, they are inspired by these parallels to speculate that “biological molecules could one day become the raw material of a new computer species.”

The question of whether the cell and its genome is a Turing machine asks whether the genome and its cell can be used to do calculations. The challenge focuses on how to turn cellular processes into computers. The chemical processes in a cell are much slower than in a computer, and there are many constraints, but one of the payoffs of such biological computing would be that: “Tapping the computing power of biological molecules gives rise to tiny machines that can speak directly to living cells.”

The materiality of DNA

Getting cells to do computation is not so far fetched. After all, we human beings can do calculations, and we are made up of cells. The reverse is more of a challenge: can computation be made to do what cells do? As known to many working in the field, the strength of genomics and genetic engineering resides in understanding, manipulating and even controlling bio-material substances, not fabricating biological material out of data or information in a computer.

The agtc symbols in the genome as listed above stand for molecules, each with individual properties and other properties when combined. The code for translating the sequence above involves substituting the “a” for “adenine,” a molecule with a chemical formula of C5H5N5. Codes work on symbols, which might eventually control the moving parts of a machine, robot or other actuated synthetic entity. At most, the process of translating and mapping between symbols might lead eventually to a simulation of chemical behaviours, or even an aspect of the behaviour of the cell or organism.

But no amount of substituting, translating, converting symbols or simulation will result in an organism. For that at least the actual materials, the chemicals, are needed. Data are not atoms. The provocative genome exhibition in the Wellcome Trust gallery reminds us that sequences of symbols are maddeningly lifeless.

So bio-mechanists may have to look elsewhere to support the proposition that computers and nature meet at the micro-scale, that we are at the brink of a post-human merging between machine and organism, or that machines will assume vital characteristics of organic life, such as agency, inheritance, self-reproduction and evolution. In fact there may be advantages in keeping machine and organism apart. 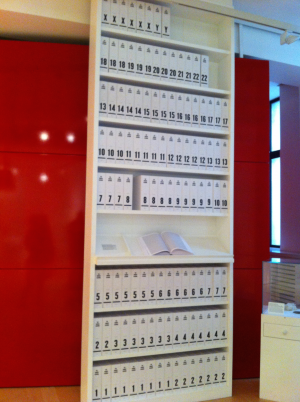