Nature means different things to different people. The meaning depends on the context of discussion and action. According to geographers Phil Macnaghten and John Urry in their book Contested Natures, nature has to be negotiated. So we are entitled to ask what nature is for — as a concept.

I’ve identified at least two main discursive uses of the term “nature” in the context of architecture, landscape architecture and the built environment.

The first use is analogical, and draws on parallels between biology and architecture in terms of shape, form and process. In his excellent articulation of the biological analogy in architecture, design and the applied arts, Philip Steadman traces the history of architecture’s engagement with things natural, or at least biological.

Major players on the analogical stage include D’Arcy Thompson (1860-1948). Amongst other analogies, Thompson likened engineering structures to the configuration of animal skeletons, with Scotland’s Forth Bridge as a prime example.

Architects also identify parallels between the classification and evolution of buildings with biological classification systems. Buildings and their components fall within types, genera, families, etc in terms of form and function (e.g. basilica, cruciform-planned church, courtyard house), and there are ample architectural instructional manuals and guidebooks that present these typologies in diagrams as if arrays of biological specimens.

There are also “ecological” parallels. Organisms develop, accommodate and influence their environmental contexts. The sourcing of materials, construction processes and the maintenance regimes of buildings also impact on environments. Nowadays we think of these relationships in terms of sustainability.

Then there is the evolutionary metaphor, evident in the slow development and improvements of classes of artefacts over time, as makers, manufacturers and designers learn from the mistakes of the past. This is evident in craft development over time, but also in highly industrialised, deliberate design improvements, as in developments in (glass) curtain wall performance and fixing techniques. Think also of successive improvements in the design of smartphones. Artefacts exhibit co-dependencies, and the marketplace encourages something like Darwinian natural selection amongst products.

Steadman also identifies parallels between design processes and organic processes. In the 2008 edition, he provides a critical account of recent applications of genetic algorithms, and techniques of parametric design, as well as a critical account of “the new organic architecture,” which for many seems simply to mean the abolition of sharp angles and straight lines in favour of parametrically designed smooth curves.

This discourse predates Nature 1, and relates to nature as a model or metaphor of balance, harmony and beauty. Steadman begins his account with the classical, Aristotelian view:

“The ideas of ‘wholeness’, ‘coherence’, ‘correlation’ and ‘integration’, used to express the organised relationship between the parts of the biological organism, can be applied to describe similar qualities in the well-designed artefact” (4).

The emphasis here is on the aesthetic, but Steadman does make reference to health and well being, in passing. In the second edition (2008) he states that a “consistent theme in modern organicism is the desire to live in contact and harmony with nature” (239). Eventually, this leads towards “a strong naturalistic, even pantheistic belief among some modern organicists in the symbolic role of natural form in architecture” (240).

As I have discussed in another post, following the classical tradition, Alberto Perez-Gomez advocates an architecture of balance and harmony “allowing humans to live harmonious lives” (2-3). Architecture should draw on nature to promote well-being. The aesthetic and the salutogenic coalesce.

The UK’s Landscape Institute promotes health and well-being as a central platform. In a published Position Statement we read: “Much of the history of landscape architecture can be traced back to the need to create places that were beneficial for people’s health and wellbeing” (1). I would venture to say that the RIBA does not make similar claims of its legacy.

So there might well be a professional tendency within these different natural orientations. Nature 1 is more architectural; Nature 2 resonates more with a landscape orientation.

Nature 1 feeds off algorithms, big data, and is at home with the idea of digital networks, mobile computing, social media, and sensor feedback with the environment. It seems to me that it is Nature 2 that is the focus of an antagonism between the natural and the artifical. Nature 2 represents nature under threat, rather than nature to be copied, emulated, simulated or even enhanced.

Smartphones, screen culture, databases, and algorithms, for all the benefits they might bring, exhibit the potential to upset our relationship with the natural. For some, they also deny the model that nature offers up, which is of balance, equilibrium, health and well-being. See post: Nature-deficiency disorder. 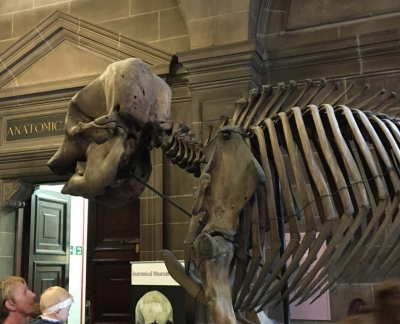