Here is the tactic. Whenever someone “calls out” (as the Americans say) something bad, people supporting the bad side simply point out something similarly bad on the side of the critics. According to a telling article by Dan Zak, that’s “whataboutism.” It is “the practice of short-circuiting an argument by asserting moral equivalency between two things that aren’t necessarily comparable.” It’s also an example of moral relativism.

So Trump’s statement decodes as something like: Don’t worry white supremacists. I’m on your side.

That can’t be good. Of course, such decoding is a richly interpretive process, requiring an understanding of context, gets discussed and argued, and with interpretations that are often contentious.

To code or to encrypt

To code or decode a statement is to translate it into another form — more or less: ambiguous, enduring, authoritative, amenable to automation and computation, secretive, private or public. Semioticians, followers of Roland Barthes and informaticians have their uses of the ambiguous term “code.”

At the extreme end of the coding spectrum there’s encryption: “To convert (data, a message, etc.) into cipher or code, esp. in order to prevent unauthorized access; to conceal in something by this means” (OED). This definition suits the Trump message about “blame on both sides.” Indeed, white supremacists and Neo-Nazis in the US seemed to interpret Trump’s message as a secret call to keep doing what they are doing. See CNN report. 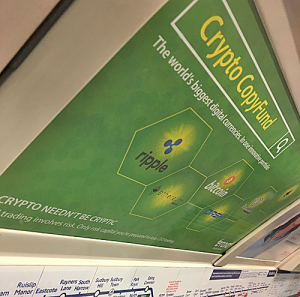 There are many tools online for experimenting with encryption, e.g. https://codebeautify.org/encrypt-decrypt, useful for demonstration. You enter a passcode (or key), and then the message. You decode a message by similar means. Here’s an encrypted message.

You could send that to someone in an email or a text message. If you attempt to decrypt this with the wrong key (e.g. “cnnreport”), you get nonsense:

If you decrypt it on that website with the right key (“whataboutism”), you get

Don’t worry deplorables. I’m on your side.

Apply the key “relativism” to decrypt

I thinks there’s blame on both sides.

Unfortunately, you can’t combine encrypted messages to give different outputs depending on what key you use. That would be useful. Then you could send the same string of encrypted text to a group of people, and individuals would be able to read those parts of the coded string meant for them, according to their own particular key. You can do it with a spreadsheet though.

That’s useful, not least if you want to create a public ledger in Google Spreadsheet, shared amongst a network of trusted users, but want to keep some of the information in the ledger private, or want to send covert messages to particular individuals. This works: