Devices for Electroencephalography (EEG) to map the locus and strength of emotional responses in the brain are now available for a few hundred pounds, eg Emotiv EPOC neuroheadset. Sensors positioned over the wearer’s scalp pick up the minute wave patterns produced by brain activity. According to the advertising: “It uses a set of sensors to tune into electric signals produced by the brain to detect player thoughts, feelings and expressions and connects wirelessly to most PCs.”

The strong claim of such technologies is that they capture and map the strength and type of people’s emotions while playing games, talking, making music, and just thinking: contentment, happiness, anger, frustration. The device so connected to EEG sensors can be programmes to respond appropriately: to change its interface to suit, sooth you with gentle music, adjust to your mood.  Of course the reality, known to anyone who uses EEG, is that for the readings to be of use they have to be calibrated to the individual and the circumstances, filtered, and interpreted.

Not least, such technologies need to be understood in the context of speculation about the target phenomenon, namely the emotions. Before head-mounted sensors were even a science fiction, the philosopher William James (1842-1910) outlined the problem with the way people tend to think about emotion.

We take it for granted that when confronted with a situation that is potentially or actually dangerous I will respond with some defensive behaviour: the pedestrian sees a savage dog (receives the stimulus), assesses the situation, feels fear, and crosses to the other side of the road. In the words of William James, “Common sense says, we lose our fortune, are sorry and weep; we meet a bear, are frightened and run; we are insulted by a rival, are angry and strike.” According to James the opposite applies: 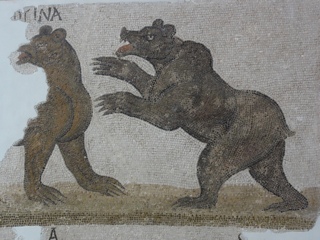 “The hypothesis here to be defended says that this order of sequence is incorrect, that the one mental state is not immediately induced by the other, that the bodily manifestations must first be interposed between, and that the more rational statement is that

and not that we cry, strike, or tremble, because we are sorry, angry, or fearful, as the case may be. Without the bodily states following on the perception, the latter would be purely cognitive in form, pale, colourless, destitute of emotional warmth. We might then see the bear, and judge it best to run, receive the insult and deem it right to strike, but we could not actually feel afraid or angry.”

There are issues here about causality. What comes first, the emotion or the action? There’s also an issue about the body. Are emotions generated and felt in the brain, or are they part of what the body does? Then there’s a question about the arbitrary ways that we divide human experience via words. Actually, I should say the “socially-consensual” ways that we divide the world, and bundle up our experiences in particular social situations. Fear, happiness, contentment, are not necessarily incontrovertibly detectable experiential states, any more than being cool, savvy, stroppy, unhinged, politeful, or discombobulated. The identification of an emotion is as much an exercise in language as it is of measurement.

The cultural, social and spatial implications of computers and pervasive digital media spark my interest ... enjoy architecture, writing, designing, philosophy, coding and media mashups.
View all posts by Richard Coyne »
« LOL Security reproduces the trickster function
What were the skies like when you were young? »