Limbo is a grim, award-winning video game in black, white and grey, involving a small boy’s dash through a lethal forest. At one stage the boy jumps across the corpses of similar little boys bobbing along in a river. Another game, The Path, has similar narrative connotations, described as a short horror game updating Little Red Riding Hood. American McGee’s Alice is an earlier game in which Alice returns to Wonderland on a slash mission. Such games inherit the intensity of the noir genre in film, trading emotional intensity in place of spectacle, evocation instead of lavish costumes and sets, mystery in place of clarity — sometimes blending into horror. Game noir also brings to the fore the role of narrative in the game experience. 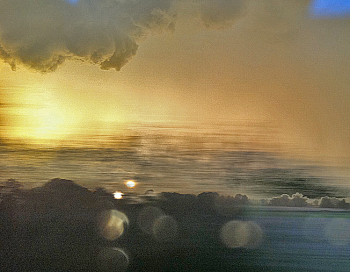 There are two (at least) categories of games, and of computer games developers, it seems. The “ludologists” conceive of games pure and simple as mechanically-defined operations. Think of puzzle games like Tetris, and sports: soccer, ping-pong. There are components, moves, rules and challenges, but no story. On the other hand, the “narratologists” enjoy the story aspect of games. Think of computer adventure games (Myst, Lara Croft), noire, role play, Cluedo, etc.

Theorist of popular cultures, Henry Jenkins, outlines the differences and implications of these two positions, and insists that there is a narrative aspect to all games. At their most play-full, the designers and developers of computer games create spaces in which stories unfold and are revealed, and that get filled in, by other stories from outside the mechanics of the game.

I agree. I would say that even the most abstract and mechanical game fits within a narrative structure of some kind. Narratives (ie stories) are multiple, layered, and nested. Noughts and crosses (tic-tac-toe), one of the most “reduced” and banal of games, is caught up in stories. We could invoke the trivial point that such games have a start, a middle, and an end, thereby exhibiting a narrative structure. Imaginative players might even think of the lines and circles as characters in a story.

But there’s also the narrative that unfolds as the players interact, the meta-narrative of the contest, jubilation, the complaining, the expressions of excitement and tedium. The narrative of the game might not be revealed until the game is recounted or remembered. Narratives don’t only inhere within the mechanics of the game, but extend well beyond it, a factor to be considered in the design, critique and reception of any game.

Jenkins refers to a larger narrative economy, to which any novel, film, tv commercial, or game might contribute.

Increasingly, we inhabit a world of transmedia story-telling, one which depends less on each individual work being self-sufficient than on each work contributing to a larger narrative economy. (p.677)

So it’s open season for game stories. Narrative can be spotted everywhere. Here are some suggestions for stories to which any game might be attached.

The narrative economy in which games participate is rich and diverse, and what are economies anyway but games of chance.