The book The New Digital Age by Google’s executive chairman Eric Schmidt and director of Google Ideas Jared Cohen was published this week. I’ve been reading the Kindle edition. As with other books of this genre, there’s much we’ve read before, but it’s of interest who is saying it. Google is after all a major player in the “new digital age,” and it’s good to access the mindset of this particular global brand. 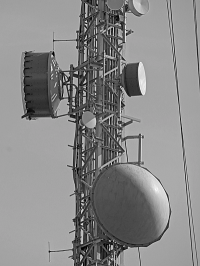 According to the book there are now two civilizations: the physical and the virtual. The latter is still in formation, but it holds promise of being even better than the former. For example, developments in computer graphics and virtual reality “will make the online experience as real as real life, or perhaps even better” (51).

There are other improvements in the pipeline. Even smarter smart phones will provide “insurance against forgetfulness, you will have access to an entire world of ideas” (71). We’ll have social robots, thought-controlled motion technology, fairer competition for jobs, new levels of collaboration, and safer roads.

In case you didn’t already know it, the book reminds us that “we are facing a brave new world, the most fast-paced and exciting period in human history. We’ll experience more change at a quicker rate than any previous generation, and this change, driven in part by the devices on our own hands, will be more personal and participatory than we can even imagine” (4280). I think I’ve read that before.

So The New Digital Age delivers that upbeat techno-determinist utopian futurizing we’ve come to enjoy, or at least expect, in digital pop publishing.

It’s easy to get carried away with the power of data. Here’s something of interest to architects. Apparently, advances in scanning technology will mean that if monuments of world heritage status get destroyed, as happened when the Taliban dynamited the Bamiyan Buddhas, then they can be restored or replaced. Such monuments “will have been scanned with sophisiticated technology that preserves every nook and cranny in virtual memory, allowing them to be rebuilt later by means of 3-D printers, or even projected as a hologram” (561).

Such is the authors’ belief in data — not only that it’s possible to capture, process and deploy restorative digital data of building-scaled artefacts in such immaculate detail, but that such data reconstruction constitutes some kind of acceptable substitute for the original. I wonder if the repeated digital restoration of the physical world makes it somehow even more disposable. 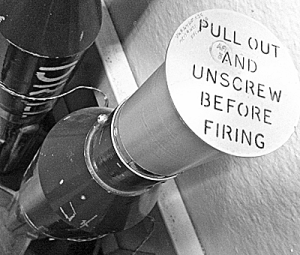 If artefacts are easier to renew then you can be more cavalier about their physical preservation. Eventually the world gets replaced by a kind of simulacrum, at least in people’s minds. Technology does exhibit this kind of escalating effect in the pages of the book, especially as Schmidt and Cohen turn to statehood, politics, terrorism and warfare, including cyberwars. I think this is the sober, pivot point of the book’s narrative.

The book draws attention to technologies such as drones, robotic unmanned aerial vehicles (UAVs). It’s a depressing story, and projects a sad future, as countries, rogue states, rebels, and drug cartels send automated military and civilian robots to seek out enemies, and do battle with one another.

There’s also the prospect of “loose drones,” falling into the wrong hands, or running amock, and decoy UAVs filled with false information and bogus technological components to confound the enemy if captured (3588).

So it seems that networked technology “is a source for tremendous good and potentially dreadful evil, and we’re only just beginning to witness its impact on the world stage” (22).

Evil threads its way through much of the book. It’s clear who the enemy is: dictatorships, repressive regimes, failed states, criminal syndicates, cartels, pirates, kidnappers, and rogue individuals. Democracy comes out as the hero of the story.

There’s little sense in the book of any kind of political or collective complicity in the world’s problems or those of its future. It’s as if no one had ever heard of Adorno, Marcuse, Baudrillard, Deleuze, or even Karl Marx, or read any critical social science or cultural theory. Perhaps that’s what’s wrong with the future.