Children have been known to run up huge debts on their parents’ credit cards (Guardian). Neither parent nor child realized that the modest one-off cost of the game is supplemented by subsequent purchases of game components and privileges.

There’s an issue here of game publishers unfairly, though perhaps inadvertently, benefiting from the tendency amongst  children to go for the immediate gain. Who would really expect children to think long term anyway?

Psychologists Janet Metcalfe and Walter Mischel have investigated the length of time an infant is prepared to wait for a reward — a treat such as a couple of marshmallows. Will the child be prepared to wait for a few minutes and be rewarded with two marshmallows, or impatiently go for the immediate option, which the child indicates by ringing a bell, and be rewarded with just a single marshmallow?

The time a child is prepared to wait tells researchers a lot about tactics for delaying gratification. (Apparently the experiments work better with children than adults.) 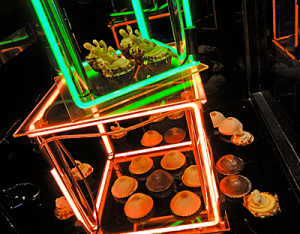 The researchers explain the cognitive process in terms of brain function. There’s the “hot system,” in which each of us is primed for immediate response. The “cool system” involves reflection and belongs more to the conscious weighing up of options, thinking of long term benefits, and planning.

These engage two separate parts of the brain. Apparently the amygdala is the more primitive “hot” part of the brain; the hippocampus is the “cooler” part that deals with problem solving. In Freud’s terminology the waiting game is a battle between the pressure for immediate gratification from the id, our animal nature, versus the more considered deliberations of the ego.

Of particular interest are the various tactics the experimenters deploy to extend the period of the wait. One tactic involves obscuring the stimulus by covering over or otherwise hiding the reward (the marshmallows). So the child doesn’t see the reward during the waiting period. They also found they could induce a longer waiting period by distracting the child from the reward by giving them a toy to play with.

The experimenter can also present the child with a picture of a marshmallow, rather than expose them to an actual marshmallow sitting on a plate and ready to be eaten. Pictorial representations of the reward apparently engender a more reflective, cooler mode of engagement with the situation: “As one child put it, you can’t eat the picture” (p.12). Seeing a picture is sufficient to remind the child of the promise, and yet distant enough to suppress the hot response of making a grab for it.

In so far as these findings relate to adult behaviour, we could infer some techniques by which adult consumers might reduce their tendency to make impulsive online purchases. Distraction provides one method of delaying gratification. 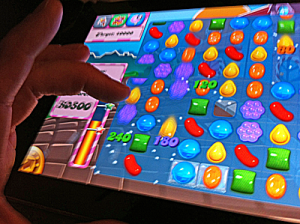 In the case of online shopping addiction, or succumbing to the many temptations of the Internet, it might be a case of focusing on a picture of a long term acquisition or life goal (saving for a mortgage) rather than short term pleasures (buying a jet ski, a new pair of shoes, or the latest game download). Perhaps this is one of the criteria for people’s selection of desktop wallpaper images: a scene of a holiday destination, a dream home, or some symbol of success.

According to Metcalfe and Mischel’s theories, instantaneity of online transactions would seem to activate the hot system, especially if the reward is delivered instantly, such as occurs with music downloads, movies, e-books, apps, games and game elements, and especially if you are already sampling the reward for free, as in the case of free thirty day software trials, music samples and book excerpts (Amazon’s “Look inside”).

Where there’s a delivery time involved, and the book, the DVD, the shoes or the groceries have to be delivered to your door, then this abstraction provides cause for reflection, activating the cool system. It’s not just that you have to wait, but that the potential purchaser is making their assessment on the basis of a representational abstraction of the goods, as pictures and descriptions on a screen. So you are less inclined to act in the heat of the moment and make a grab for it. After all, online descriptions of the goods are not the goods, and you can’t eat pixels. 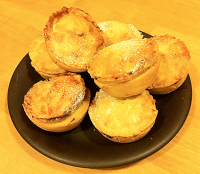 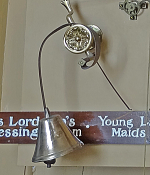