Physical spaces are charged with meaning and emotion for most of us — some spaces more than others. But it’s rare to enter a building or encounter spectacular scenery and experience the same intensity of emotion many of us feel on hearing a piece of music, particularly music that fits the mood of the moment, or the occasion, or is tuned to our predilections. 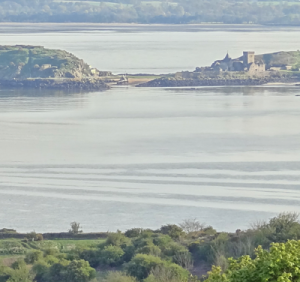 But putting the two together (music and place) can be electric. Choral music, or even soft music playing quietly over the public address system in a cathedral can overwhelm the visitor or worshipper, emotionally. The right ambient hum or beat, just a few of the right chords as a music track can amplify, intensify or counteract the mood of the city. That’s why films have music, and with personal stereos we can carry our soundtrack and mood switches around with us. Perhaps that’s why some of the time we prefer silence, or to let the sounds of the environment do their work. Sometimes music is too powerful in driving our emotions.

Why does music achieve what space on its own can do only rarely? Psychologists Patrik Juslin and Daniel Västfjäll (J&V) offer a plausible framework for understanding the emotional potency of music, at least from the point of view of evolutionary psychology, with reference to over 500 articles. They don’t mention architecture, but I’ll draw on their paper to affirm the superior emotional potency of music over architecture.

J&V summarise the literature on music and emotions and stack it into a six-tiered framework, starting from  primitive neurological reflexes to the more culturally nuanced and varied.

1. At base is a neurological connection between sounds and emotions in most animals, humans included. Emotions are what alert us to something really important — threats, safety and other causes of fear and pleasure. Sudden noises, loud sounds, dissonance, quick rhythms, high pitched sounds, deep rumbles, and changes in any of these patterns provide automatic cues that something important, dangerous, large, or threatening is happening or about to, and produces “increased activation of the central nervous system” (564) as a kind of reflex. This is primitive and animal-like brain-body behaviour. What has this to do with music? It seems that music is built on these fight or fright sonic cues and mechanisms, controlled, exaggerated, moderated and reinforced by further layers of experience and perception.

Presumably spatial experience implicates similar basic, raw reflexes — looking down from a height, approaching sharp objects, sudden movements, and threatening gestures, but by then you are already in the danger zone and other responses kick in. The emotional intensity accompanying sound acts as preparation and warning. Think of the arousal induced by a persistent fire alarm, even when there’s no visible danger.  A similar  dominance of sound over space may be evident in the case of comforting, soothing, and homely spatial experiences.

2. J&V refer to a kind of “conditioning” placed over these primitive reflex reactions and emotions involving sound. This is a process whereby “an emotion is induced by a piece of music simply because this stimulus has been paired repeatedly with other positive or negative stimuli” (564). The taste and texture of rice pudding may remind the adult diner of childhood hours in the security of a happy home. In the same way, Morningtown Ride by The Seekers, and other songs a bit like it, or its familiar cadences, evoke feelings similar to when the music was first experienced.

Spatial experience might achieve something similar — returning to the home of your youth, seeing familiar old brands in a nostalgia museum, flicking through all those digital photo albums — but the anywhere-anytime aspect of music implies a kind of portability and availability of this conditioning and recollection process that overwhelms and dominates visual stimulation.

3. Stimulus effects often start to operate in sympathy within one another. Music sounds a bit like speech in some respects. We are tuned to respond emotionally to an angry voice: “if human speech is perceived as ‘angry’ when it has fast rate, loud intensity, and harsh timbre, a musical instrument might sound extremely ‘angry’ by virtue of its even higher speed, louder intensity, and harsher timbre” (566). J&V describe music as a “particularly potent sources of emotional contagion.” 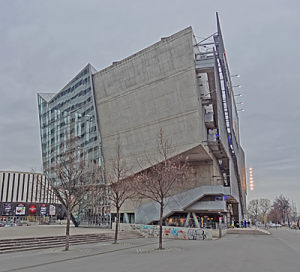 They describe this emotional contagion in relation to the sympathetic response we have to visual stimulus, such as feeling like tapping our feet when we see someone dancing (the mirror neuron response). Presumably spatial experience in general involves such processes. But because of our affinity with the human voice, listening to the Winter movement of Vivaldi’s Four Seasons gets us going with an intensity of emotion that a snow scene, a violent painting by Francis Bacon, a wall covered in angry graffiti or a stroll through the Baths of Caracalla in the evening light can’t quite match — however sublime.

4. J&V also describe how music has been known to generate visual imagery. So, thanks to various associations, someone listening to Beethoven’s Pastoral Symphony is able to conjure up images of pleasant meadows in the sunlight. Here music is subservient to spatial experience.

But J&V don’t speak of the converse — imagining or humming a particular (emotional) piece of music while walking in the countryside or sitting on the beach. They do however refer to research that proposes musical emotion is a particular category of emotion (560). Music that makes us happy does not come with the trappings or “beliefs” of everyday events that make us happy, such as passing an exam, being among people who care about us, or enjoying sunlight. Perhaps it’s this detached, musical emotion devoid of association with actual life events that we seek rather than emotions embedded in everyday life.

5. They also associate music with episodic memory. A tune, a chord, or a cadence prompts recollection of particular events: an embarrassing school musical, a happy romance, a jaunty outing.

There’s a correspondence here with spatial mnemonics, or the memories conjured up by spatial experience. Apparently recollections in adulthood are most vivid for the period between age 15-25 — the “reminiscence bump” (567) — hence the stronger emotional response of adults later in life to the pop music they were exposed to during that period. Presumably spatial experience and physical memorabilia provide similar emotional recollections, but without the ubiquity of music and repeated exposure, and its opportunities to bed down and contribute to our emotional reservoirs.

6. Music is redolent with familiar forms and patterns that lead us to expect certain things to happen. If the note C is followed by E then we expect the next note in the sequence to be G to make a triad. The G7 guitar chord ought to resolve to the C chord. The satisfaction or denial of these rules provokes a sense of satisfaction or frustration. I have a feeling there’s something similar about spatial experience, and spatial languages. Perception is driven substantially by expectations.

There are some differences between musical emotions and emotions induced while in a spatial or architectural settings. Emotional responses to music can be switched on and off. They are immediate. Emotions associated with spaces and places are longer term, and in a sense weaker, ready to be reinforced or counteracted by music. In a way, the studies to which J&V refer reinforce the ancient proposition of the superiority of music among the arts. Perhaps after all, any claim architecture may have on the emotions is of the musical kind. Perhaps in creating sublime, beautiful, dramatic or homely architecture, we are simply trying at best to echo what music achieves. 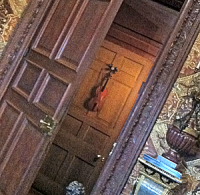