I stumbled across wikiHow‘s advice to students who need to buy extra time to complete an assignment. You upload a corrupted MS Word file to the online assignment submission system. Eventually someone will get round to asking you to submit it again, by which time you might just have it finished.

There’s an art to eking out as much time as you can. It happens in politics too. Countless news commentators are asking, “Is Assad just buying time with his pledge to turn over chemical weapons?” Time is something to bargain with. It’s a token in a strategic game to get what you want. It’s a way of tipping the balance in your favour. 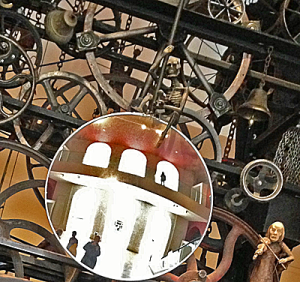 Balance is a key metaphor amongst those who offer time management advice. According to Time Management for Dummies, “The point about better time management is that you’re able to do the things that are important to you and create balance in all areas of your life, not just at work. Many people who are overworked, with too much work to do in those 24 hours, spend too much time doing just that — work.”

The problem with the balance metaphor is that, like the scales of justice, at least half the load is guilt, and you feel even worse for getting the balance wrong.

But the commercial metaphor of buying time is useful. In his management self-help book, Leading Quietly, Joseph Badaracco endorses the strategy of dealing skilfully with delay. We instinctively think that decisive management involves getting things done quickly, dealing with problems as soon as they arise, in particular where other people are involved. Badaracco agues to the contrary.

When faced with a challenge, effective leaders rarely rush forward with “The Answer.” Instead, they do something quite at odds with the conventional view of leadership. Instead of charging the hill, they often look for ways to beg, borrow, and steal a little time.

This tactic can make the difference between success and failure. Time lets turbulent waters settle and clarify. It lets people discuss their situations with others and think things through on their own. Time gives people a chance to assess their real obligations, and gives sound instincts a chance to emerge. It lets them observe and learn, understand some of the subtle ways in which individuals and events interact, and look for patterns and opportunities in the flow of events (53).

How do you buy time? You can ask for it. You can set a time beyond the original deadline and tell people what your plan is for getting the task done. You can introduce a plan for consultation, and explain how the extra time will produce a better result. (It’s well known that passengers waiting on board a delayed train are happier when the train manager or driver announces the causes of the delay and provides an estimate for when things will get moving again.)

Buying time is different to “kicking it into the long grass,” or just stalling, which is an obstructive tactic, as if in hope that the problem will go away, or waiting for the responsibility to be deflected elsewhere. Effective time bargaining is presumably a subtle, sociable, and responsible tactic. 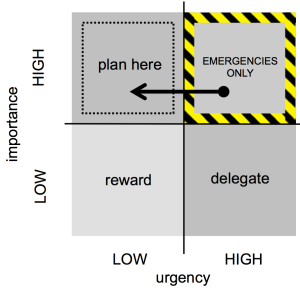 Some publications on the philosophy of time