In the film Wall-e (2008), the surviving colony of humans live on a massive starliner (the Axiom) traveling through space. The passengers spend their days reclining on hover chairs while waited on and cosseted by robots. 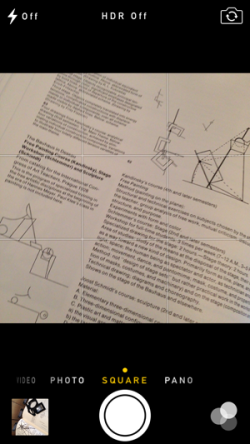 In one scene a voice on the public address system exhorts: “Attention, Axiom shoppers. Try blue! It’s the new red!.” The morbidly obese but perpetually optimistic passengers start pressing buttons on their chairs and their jumpsuits change instantly from red to blue.

It’s easy in a world dominated by screens to affect push-button chameleon-like global style transitions. We are used to operating system upgrades, and ubiquitous brand transformations, but there’s something unusual about the transformation in the look and feel of such an intimately personal possession as a smartphone.

Consumers chose and purchased their phones assuming a certain appearance and functionality. Then without consultation or easy opt-outs they have to acquiesce to a radical transformation in something they’ve ostensibly chosen and already paid for.

But Apple prepared us for this risky transformation. It’s not just a change in appearance, but a “radical design overhall.” It combines “extra features” and improved functioning.

It’s “cleaner with less clutter,” and dispenses with corny metaphors, such as lined notepaper and buttons that look like — well, buttons. So we consumers were prepared for the new integrated design — and the idea that design is so much more than just appearance.

Reception theory and the hermeneutics of exquisite acquisitions

Now there’s a heading! If I had time I would elaborate on what reception theory has to say about the structuring of consumer taste. Like works of art and good buildings, operating systems fall in and out of favour with their audiences depending on circumstances, aspirations, the mood of the company we keep, and personal background.

What architect could not be enchanted by Apple’s new look, minimal, uncluttered, slightly luminescent, without serif, layered and subtly dynamic, metaphorical triumph of fully integrated graphic and functional design! It’s Bauhaus to the power of n.