I have a daily quota of clicks to dispose of. I’m frugal with these minimally interactive units. George in The Jetsons (1962) must have left an impression on me. I recall this office worker of the future complaining to his boss on one particular day of having to press too many buttons. George was only contracted to press one a day. Pressing a button was all his work entailed. Back in the 21st century, clicks, taps and strokes relieve us of the burden of having to exert as many finger calories as George did per cartoony button press. (That may change with pressure sensitive tablet screens.)

As every interaction designer knows, clicks are precious. It’s not just the physical exertion, the steps towards repetitive strain injury, and wear and tear on the mouse and touch pad, but every click harbours the possibility of delay, waiting for a new page to load, yet another tab or window or pop-up to litter the screen, and the risk of getting lost. Everyone knows that a single click can dispatch a regrettable email, erase a hard drive, and commit the clumsy purchaser to an unnecessary order of an outboard motor — or three of them.

But clicks are tiny vehicles of pleasure, or other emotionally charged communications. Hence, the importance of the “Like” button in Facebook and other social media channels.  Youtube has a “Dislike” button as well, but Zuckerberg doesn’t want that on Facebook. That would unbalance the economic model and the positive spin of the medium. Brands that say “Like us on Facebook” could invite the opposite. 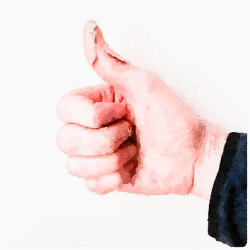 In season 3, episode 23 of Frasier (1996), the self obsessed radio presenter secretly listens in to a focus group about his show. Everyone loves it, but one person in the group holds out: “I don’t like him.” The facilitator inquires further, “Why?” “I don’t know. I just don’t like him.” Then follows an obsessive investigation. In the quest to find out why he is not liked, Frasier stalks the man, badgers him, and accidentally burns down his source of livelihood, a corner news stand.

After a series of mishaps the man reluctantly gives a reason, “I think you are a smarty-pants.” Then Frasier delivers the punchline, “Was that so hard?” and walks off smugly, his insistence on an answer vindicated. For the self-indulgent radio psychiatrist being right served as consolation for being disliked.

The like-dislike relationship is far from symmetrical. We are probably content to be liked, but less likely simply to accept that we are not. And something similar applies to what we say, the way we say it, the content of our status updates, our pics and our projects.

So the discussion about Facebook likes turns on the click of an “empathy button.” In polite society we don’t “like” another person’s misfortune, but we might like that they’ve shared it with us, or we want to show solidarity. It’s surprising that such little gestures can do that, or that we think they should, except when we reflect that meaning and significance reside in the complex relationships and social practices in which these little tokens circulate.