I was pleased to read Alberto Perez-Gomez’s recent book Attunement: Architectural Meaning After the Crisis of Modern Science which endorses the pivotal importance of attunement, emotion, mood and Stimmung in architecture. In fact Alberto’s book came out at the same time as my Mood and Mobility: Navigating the Emotional Spaces of Digital Social Networks, both with MIT Press. So neither could cross reference the other.

There are differences of course, and even disagreements. Alberto’s book provides a deeply historical, knowledgable and mature exposition using phenomenology and hermeneutics in an attempt to redirect architecture towards authentic engagement with place, nature and the “concordia discors, or discordant harmony” (75) that is attunement.

My efforts are directed towards understanding the way digital technologies feature in the creation and subversion of moods both on and offline. I also deploy insights from hermeneutical scholarship, as well as ideas about language, metaphor, music, embodiment, situated cognition, and several other sources referenced by Alberto.

Alberto’s Attunement is useful for my current project investigating nature. In keeping with much of the contemporary literature on nature he aligns attunement with harmony, balance and “psychosomatic health” (1). Here is a key passage demonstrating how attunement implicates mood and wholeness.

“It is understood as a search for lost integrity, wholeness, and holiness; transforming from proportion in the classical and medieval contexts to atmosphere or mood, it becomes a central concept for artistic works in search of meaning, potentially including architecture, of course. In English Stimmung may be also rendered as tone, feeling, disposition, or frame of mind. The root in German is Stimme meaning ‘voice,’ the ‘atmospheric’ vehicle that carries human language, song, and melody, our original expressive utterance, contiguous to gesture” (90).

Sonic and musical references abound, drawing substantially on Leo Spitzer — and ideas about temperament. Where I disagree is in the human being’s relationship with contemporary technologies.

Alberto says: “It is important to emphasise that atmospheres are spatial phenomena, but always intertwined with temporality; they are never ‘outside’ time. Thus they challenge the present-day ubiquity of telecommunications and its supposedly public spaces by focusing attention on locality and physical presence. This is crucial, as we will consider the possibilities of architectural meaning in a world increasingly consumed by its obsessions for iPhones and computer screens” (18).

Amidst references to algorithms, information systems and “gadgets,” the main target of his critique seems to be the extreme advocacy of “parametricism” as the next big thing in architecture as advanced by Patrik Schumacher: “This obsession [with form] can be found most recently in the use of algorithmic parameters to design structures supposedly responsive to certain programmatic aims or site conditions. But these merely result in top-down impositions, short-lived novelties that ignore the potential meanings of places, the poetics of materials, and cultural values” (7). (See my post What’s wrong with parametricism.)

Indeed it is a shame that this narrow and particular architectural obsession with parametric design comes to represent digital developments in some corners of architecture. There is so much going on elsewhere, within and outside of architecture, and this peculiar “parametricist” flavour has little currency in areas of interaction design, digital art practice, ubiquitous computing, digital film-making, social media developments, gaming, and of course all the largely invisible computing that drives so much of our infrastructure, transportation, industry, commerce and communication.

In fact, in chapter 7, Alberto does cite with favour some artistic projects that “can augment experience by revealing new encounters with reality” (211), though apparently we are still short of design tools that recognize “the primacy of the world of experience, the meanings already given in the natural and cultural worlds and articulated in poetic language.” He adds: “This is still a tall order for present digital media” (214).

To my phenomenological way of thinking that’s the challenge. Better, more human-oriented, in-tune approaches are certainly being addressed with varying degrees of success by many researchers and practitioners who deploy computers, networks and digital media in many areas.

However, I think attunement is a goal ill met from a position that starts with a blanket suspicion of “algorithms.” After all, like it or not, algorithms drive wordprocessors and websites, get books into print, and disseminate ideas from Phenomenology, let alone get buildings onto sites in the 21st century. But technology and computing are ubiquitous and resilient in the current age, as Alberto reminds us, and really need no defence.

Phenomenology in the academy

I am more concerned though about Phenomenology and Hermeneutics as areas of academic study. Such subject matter will be harder to promote in the curriculum if it is always aligned with a reactionary stance, as if unable to cope with the modern technological world and its attendant provocations — other than by resistance.

It is too easy to read Phenomenology as a quest for authenticity independent of day-to-day engagement with tablet devices, smartphones, desktop computers, networks, infrastructures, computer-aided design, and the new, adapted and transformed rituals and counter-rituals of the current age.

Like it or not, these are part of our current life-world. Furthermore, advocacy of attunement and Stimmung through the classical, medieval and renaissance lifeworlds can be easily (mis)read — as if poor health, low life expectancy, slavery and autocratic justice systems topped by violent public execution rituals (Foucault) were of little moral importance.

In the company of others, I have tried consistently to separate the sense from what I think of as “nonsense” in the discourses surrounding digital technology, and support this via my investment in architecture, design and spatiality. Theories of interpretation (hermeneutics) have come to our aid, not in telling us how the world should be, but how to make sense of what is.

I was looking for words that describe how to “strengthen” Phenomenological and Hermeneutical discourses in the academy in light of the current bureaucratic, goal-driven, technologized intellectual atmosphere. One of the definitions of the verb “to temper” is: “To bring (steel) to a suitable degree of hardness and elasticity or resiliency by heating it to the required temperature and immersing it, while hot, in some liquid, usually cold water; applied also to the hardening of copper” (OED). I have a feeling that has something to do with adding strength, vigour and relevance to architecture’s intellectual armoury. Also see posts tagged hermeneutics, mood and tuning. 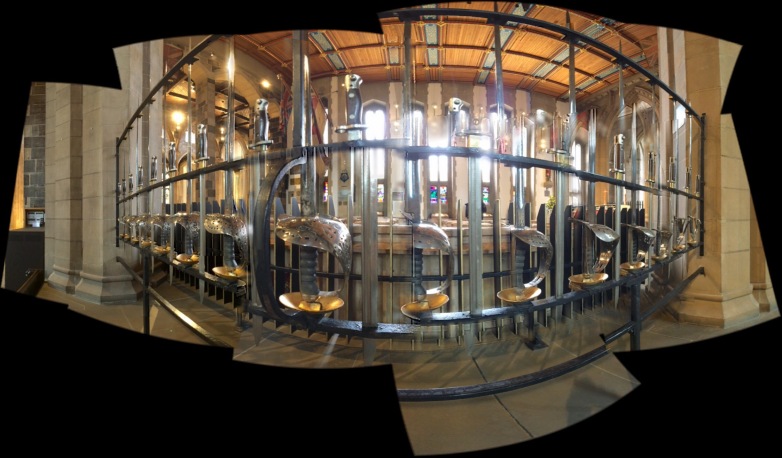