When we had cell phones it was called “beeping.” Now in the era of smartphones another word serves better. It’s “flashing” or “making a flash call.” I think we even did it with land lines as well back in the day. Children away from home would flash call their parents. Though we didn’t recognise it as a thing then.

To make a flash call is to send a message to someone for free simply by calling them up on your phone. Then you (the caller) hang up before the other person gets round to answering the call. As long as the party you are phoning doesn’t pick up the call then you have at least gained their attention without having to pay for a call. That’s a flash call.

The practice has flourished with caller ID. The recipient of the flash call sees the number or name of the person who just called.

Flash calling is common in Africa, and is touted as one of the practices that is transforming communication and commerce in African countries. It sustains the life of the opportunistic “micro-entrepreneur,” though the practice extends to mobile phone communication in general.

I had several conversations about flash calling with local residents when I was in Kenya last week. A driver-guide took me to visit Kibera, the “shanty town” in Nairobi. During the journey he mentioned that he had just received a “flash call” on his cell phone. Unaccustomed to the local accent I had to ask for the phrase again. Then I recalled the practice first explained as beeping by a presenter at a mobile communications conference in 2005.

At the conference, Jonathan Donner had recounted this minimal communicative practice and its secret value to economic development. It represented a kind of appropriation — grass-roots improvisation with a technological infrastructure that is designed for and supported by a relatively affluent sector of the population.

What do you do when you receive a flash call? That depends on whether you have established a flash call practice with the person at the other end, which also depends on context.

A 2007 article by Donner outlined some of the “rules” built into this flash call code system. Here they are in my own words.

Perhaps the most interesting aspect of Donner’s account is the role of context.

Of course, errors occur in these communications, but flash call communications can be very precise, and have a ready-made backup procedure — you can always speak to the person at the other end of the line and seek clarification.

Has the ubiquity of social media taken over from flash call practices? A more recent article by Rebecca Hayes and colleagues called “One click, many meanings: Interpreting paralinguistic digital affordances in social media” indicates the extent now of such minimal codes in everyday life. 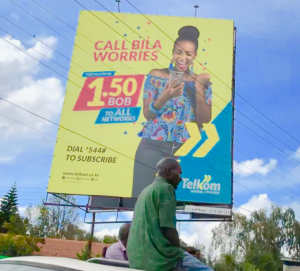